Karijini National Park, Western Australia, is home to ancient rock formations and is sited on the traditional lands of the Banyjima, Kurrama and Innawonga people

As a white, male, Pakeha New Zealander, I have worked internationally, both directly and indirectly, with indigenous people who have been colonised. Here I provide a summary of my experiences and recommendations for geoscientists who, for academic and business reasons, operate in areas that have colonised indigenous populations.

The average white person from a traditionally white society or country does not fully appreciate the perspective of a minority or colonised person. Without a full understanding or appreciation of another perspective, it is difficult to bring a truly balanced view when dealing with issues related to colonised indigenous people. For example, many people don’t fully understand the contents of various UN agreements relating to indigenous communities or appreciate that many governments have signed up to these agreements, so often cannot implement those agreements well.

From my experience, there are some important points to consider, particularly when working to extract resources in countries that were colonised at some stage:

• Resource and extraction industries were a part of the colonisation and theft of the lands of indigenous people.

• Many of these indigenous communities are now minorities in their homeland, and their governments typically put more emphasis on encouraging foreign investments to extract the natural resources than they do to protect and provide for their indigenous population’s values and beliefs.

• Government laws may appear to protect indigenous communities and the environment, but rarely do. Companies should not rely on compliance with such laws as evidence for ‘doing ethically right’ by indigenous people. This is often not enough.

• In many pieces of legislation relating to the environment and mineral extraction, there are provisions for indigenous peoples to be consulted and engaged. In some jurisdictions, indigenous communities will use provisions in regional laws to frustrate approval processes in order to drag the central government into a discussion on other unrelated or indirectly related matters.

By considering the above points and learning more about these topics, geoscientists can help make a difference both within their organisations and while operating in countries that have been colonised. Of course, the responsibility must fall on all professionals working in the global resource extraction industry. However, geoscientists are involved in nearly every single resource extraction project in the world, they are present at the coalface and during the full cycle of such projects – geoscientists can make a difference.

Good environmental, social and governance practice can’t be left to the corporate sustainability team, or the health, safety, environment and quality team

Good environmental, social and governance practice can’t be left to the corporate sustainability team, or the health, safety, environment and quality team. Such practice needs to be understood by all staff operating in these environs. Every person has a responsibility to intervene and speak up, but few do. It is hard being a lone voice, but the more people there are actively thinking on these topics, the easier it is for all to speak up and do what’s right.

Imagine if someone, anyone, had spoken up and challenged Rio Tinto before they blew up a 46,000-year-old aboriginal cave system in Western Australia in 2020.

Indigenous people suffer minor, medium, and large indignations against their culture, values and beliefs every day. Geoscientists can help improve this situation by:

• Accepting that white people from predominantly white countries and communities view these topics through a white lens, but that by acknowledging this we can shift our perspectives and approaches.

• Assuming that with every new community we do not know enough.

• Learning about policies and legislation relating to indigenous people, such as those set by the International Finance Corporation or other good practice standards, and then doing more than the local laws require.

• Never accepting when an industry advisor or minerals extraction regulator tells you that there are no indigenous communities in your project area that are protected by national and international laws. There are almost always indigenous people affected by resource extraction projects, but it might be that they don’t meet a naïve or nuanced definition of an indigenous community of that person. Instead, seek independent advice from someone unrelated to the project.

• Spending time with locals to understand their views, values and culture.

• Ensuring that your project engages with any local indigenous populations, no matter what the national law says, and never assuming that the first people you speak with are the right or the only indigenous people affected.

• Informing local indigenous people of what you are doing on their lands, ensuring that no traditional sacred sites are desecrated, and ensuring they benefit in some way from the project that is taking place on their lands.

By following the above considerations and recommendations, geoscientists can help be a part of protecting and strengthening the rights of indigenous people in their project areas. 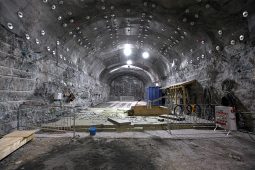 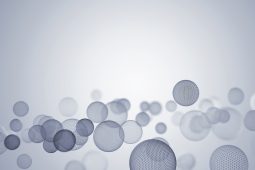 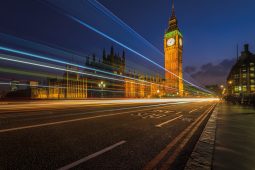 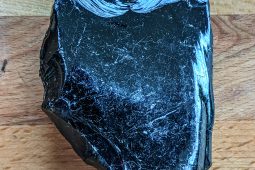