The safe and secure disposal of radioactive waste is a pressing global issue. Mike Bowman and colleagues discuss the role for geoscience in this endeavour 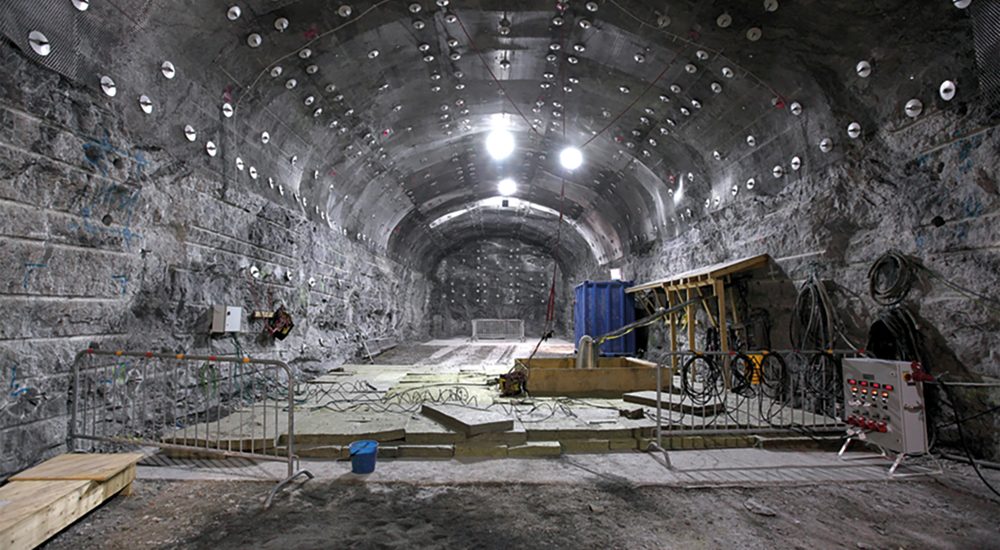 In the UK, radioactive waste disposal is a devolved responsibility. Scottish policy requires that long-term management of higher-activity waste should be in near-surface facilities located as close as possible to the sources of the waste. However, in common with most other countries, English and Welsh governments favour deep geological disposal, between 200 and 1,000 m below surface, as the safest way of containing and isolating the waste for the long-term, such that it cannot harm people or the environment. A site-selection process in England and Wales seeks to engage communities interested in hosting a geological disposal facility (GDF) in their local area, onshore or inshore (the area within UK territorial waters, 22.2 km from low-water tide mark). The GDF programme is a major environmental protection project where geoscience skills play a key part in its success. The selection of suitable sites is led by NWS, a publicly funded organisation planning for delivery of a GDF in which the UK’s higher-activity radioactive waste inventory will be disposed.

The two-day virtual event comprised a series of invited talks, which provided summary updates on the UK’s GDF programme and the main European radioactive waste disposal programmes. These were supplemented by short films from early career geoscientists working on GDF-related technology that highlighted the impact of their work on a future GDF. It is clear from the talks, discussions and films that the GDF programme is a major infrastructure project with many career opportunities for subsurface geoscientists with skillsets that might formerly have been engaged in oil-and-gas industry activities.

The first day of the meeting had a broadly technical focus. Jonathan Turner, Chief Geologist at NWS, described a GDF in terms of a highly engineered, bespoke facility. The long-term containment and isolation of radionuclides is provided by the multi-barrier concept in which engineered barriers work together with the natural geosphere barrier. Jonathan introduced the three principal rock-type categories, subdivided based on their fluid flow and engineering properties: higher-strength rocks, such as slates; lower-strength sedimentary rocks, such as Jurassic-Cretaceous claystones; and evaporites, such as Triassic deposits mined in Cheshire.

Jonathan used the 1.3-billion-year-old Cigar Lake uranium ore deposit in northern Saskatchewan, Canada, as a natural analogue for a GDF (Geoscientist 30 (8), 10-15, 2020). This uranium ore lies ~400 m beneath the surface, yet despite its age, there is no sign of radioactive contamination at the surface or in the overburden.

Subsequent talks offered insight into ongoing GDF programmes in Sweden, Switzerland and Germany. Kaj Ahlbom (SKB, Sweden) was head of site investigation at Forsmark, on the east coast at Uppland, where a GDF will be constructed in Archaean granites. Kaj outlined the analyses undertaken to assure the inherent safety and security of the site selected for the repository, providing regulators and local communities with confidence in both site selection and repository design. In Sweden, the properties of the granitoid host rock means that SKB were reliant on non-seismic geophysical methods, such as gravity and magnetics, to image the subsurface before borehole drilling.

Tim Vietor (Nagra, Switzerland) described the nationwide screening and technical assessment that enabled selection of the Middle Jurassic Opalinus Clay as the most suitable host rock for a Swiss GDF. He reviewed the long-term isolation arguments and repository design challenges for a location in the north Swiss foreland basin, away from active uplift and erosion in the Alps. Nagra is in the final phases of a deep drilling campaign as part of the last stage in the Swiss Sectoral Plan leading to a recommendation of their favoured site to host a repository. The subsurface evaluation focuses upon four candidate sites using the knowledge gained from high-resolution 3D seismic data, long-term flow tests and recent drilling to directly sample the Opalinus Clay.

Since 2016, Germany has been engaged in developing rules, criteria and requirements enabling identification of a site that will deliver the best possible long-term safety. Lukas Pollok and Nicole Schubarth-Engelschall (BGR, Germany) reviewed ongoing investigations that focus on halite, particularly Germany’s extensive Permian evaporite successions, as a potential host rock for higher-activity waste. 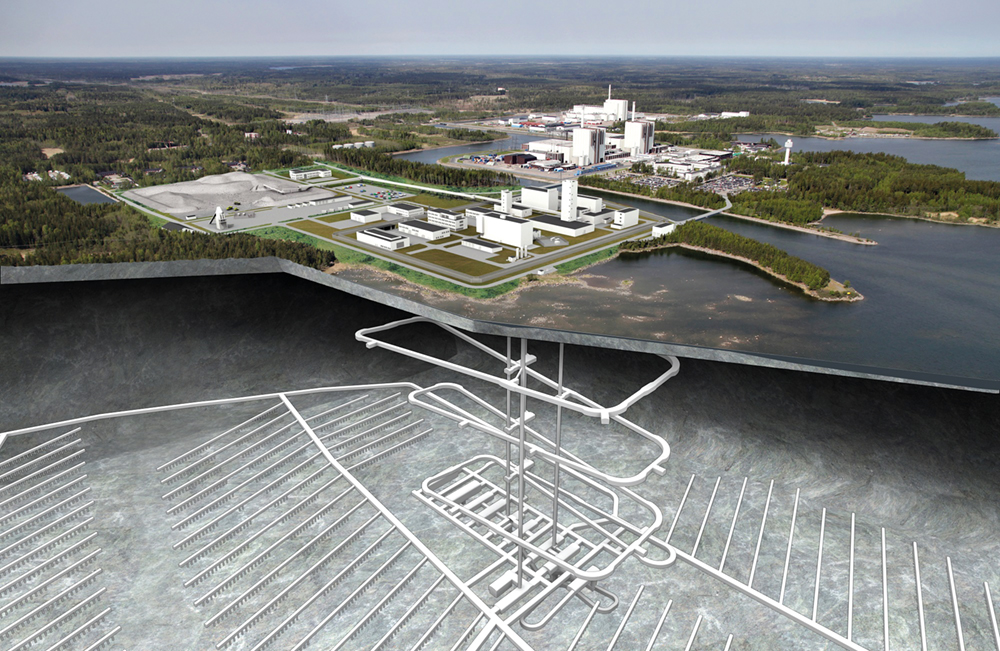 A cartoon of the underground repository at the Forsmark site in Östhammar, Sweden. Local residents voted in favour of plans to build the repository and the Swedish Government gave approval in January 2022. (Credit: Image courtesy of SKB)

A panel discussion chaired by Jen Roberts (University of Strathclyde, UK) and comprising Julie West (West Consult, UK), Tom Berry (Yorkshire Geological Society and Jacobs, UK), Fiona McEvoy (Environment Agency, formerly BGS, UK)and Cherry Tweed (NWS) examined how geoscience can help engage, inform, and enrol communities who might be willing to host a GDF. They discussed the short- and long-term focus of the required geological and engineering work, how subsurface characterisation can be used to inform and energise conversations with communities, and touched on the exciting potential of new techniques, such as artificial intelligence, virtual and augmented reality, machine learning, modelling and surveillance – all of which will be key to the delivery of a GDF.

The second day of the meeting examined how geoscience can be used to help engage with a community and influence the siting of a GDF. Jon Gluyas (University of Durham, UK) presented a broad-ranging talk on Earth resources, geostorage (contrasting this with permanent disposal) and sustainability. Placed in the context of today’s environmental and climate challenges, Jon emphasised the importance of understanding the subsurface. Fiona McEvoy and David Schofield (BGS) reviewed the longer-term climatic considerations, stressing the need for very long-term stability of the geosphere barrier and highlighting the impact of climatic processes, such as continental glaciations, on the integrity of a GDF.

Neil Chapman (University of Sheffield, UK) reviewed the history of deep geological disposal of radioactive waste since its inception in the United States in the 1950s. The longevity of the system must be factored into the conceptual framework for a GDF, the safety system and the engineering approach. The fundamental objective of a GDF is to provide a passively safe system that will contain and isolate the waste at depth without human interference for hundreds of thousands of years. However, the facility should be designed such that it is sufficiently flexible to accommodate future developments in the nuclear fuel cycle.

Major infrastructure projects have a transformational impact on host communities. Here, Penny Harvey, Professor of Social Anthropology at the University of Manchester, UK, described her experiences from studying the sociological impact of major resources projects, particularly in South America. Among the approaches she discussed was the way in which the wonders of geoscience can be used to inspire and engage communities.

A panel composed of Andrew Bloodworth (BGS), Mike Daly (University of Oxford, UK, and President of the Geological Society), Neil Chapman and Penny Harvey discussed the need to obtain and retain a ‘licence to operate’ among the communities affected by a GDF. Given the long timeframes for GDFs, it is essential to engage young people who will be involved in many key decisions. The complex technical messages required to understand GDF safety must be conveyed clearly and it will be critically important to deliver upon commitments made to communities. A sense of pride in enabling the delivery of a first-of-a-kind major infrastructure project can help a community to ‘own’ a GDF in their area. The panel agreed that major infrastructure programmes like GDF have the potential to create a plethora of career opportunities for geoscience and subsurface professionals. 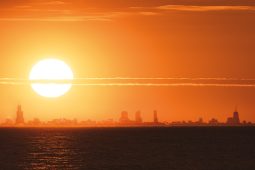 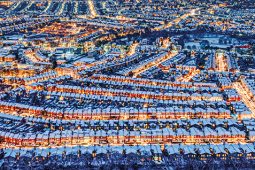 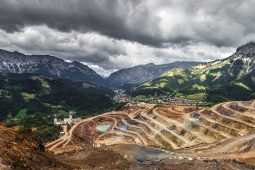 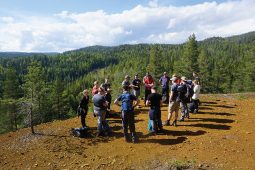