The building blocks of life

‘As long as I can remember, I have loved space. I used to climb out on the roof to just stare at the stars.’

An artist’s impression of the Rosalind Franklin rover on the surface of Mars Credit: ESA/ATG medialab

Sara Motaghian is studying for a PhD in Space and Planetary Science at Imperial College London and the Natural History Museum London. Her research involves working on some of the instruments that will be incorporated into the Rosalind Franklin rover, as part of the ExoMars mission. The rover, scheduled to launch in 2022, will travel across the martian surface collecting samples using a drill and analysing them—the first time a rover has combined the capabilities of travelling across the planet’s surface and studying it at depth.

‘The Rosalind Franklin rover is unique’ Sara says, ‘because it includes a 2m subsurface drill, allowing us to search far enough below Mars’s harshly irradiated surface. The spectral instrumentation I work on is used to understand the surface of Mars and find the best sites to look for signs of life before we can select a drill site.’

A joint project of the European Space Agency (ESA) and the Russian Space Agency (Roscosmos), the overarching aim of the ExoMars project is to search for evidence of past or present life on Mars. The rover had been scheduled to land in July of this year, but after testing issues with its parachute, the launch window was delayed until late 2022. If successful, Rosalind Franklin could be landing on a relatively busy planet—as well as NASA’s Curiosity rover, which continues to be operational, two more rovers are currently en route to Mars: China’s Tianwen-1 and NASA’s Perseverance.

‘There are a few reasons why Mars remains a popular exploration target’ Sara says. ‘One is the search for life: we think Mars was probably once quite habitable, so it’s a good candidate to search for past life in our solar system. Another is its accessibility: Mars’s location (and lack of super high pressure) makes it one of the best planetary bodies to explore with the technology we have and are working on now. And Mars is the most realistic target for human exploration in the near (ish) future. But I’m in favour of missions to everywhere!

‘There are still a lot of unknowns about Mars. We think Mars was once similar to early Earth, so understanding Mars’s formation, evolution and eventual divergence from Earth could help us understand our own planet better.’ 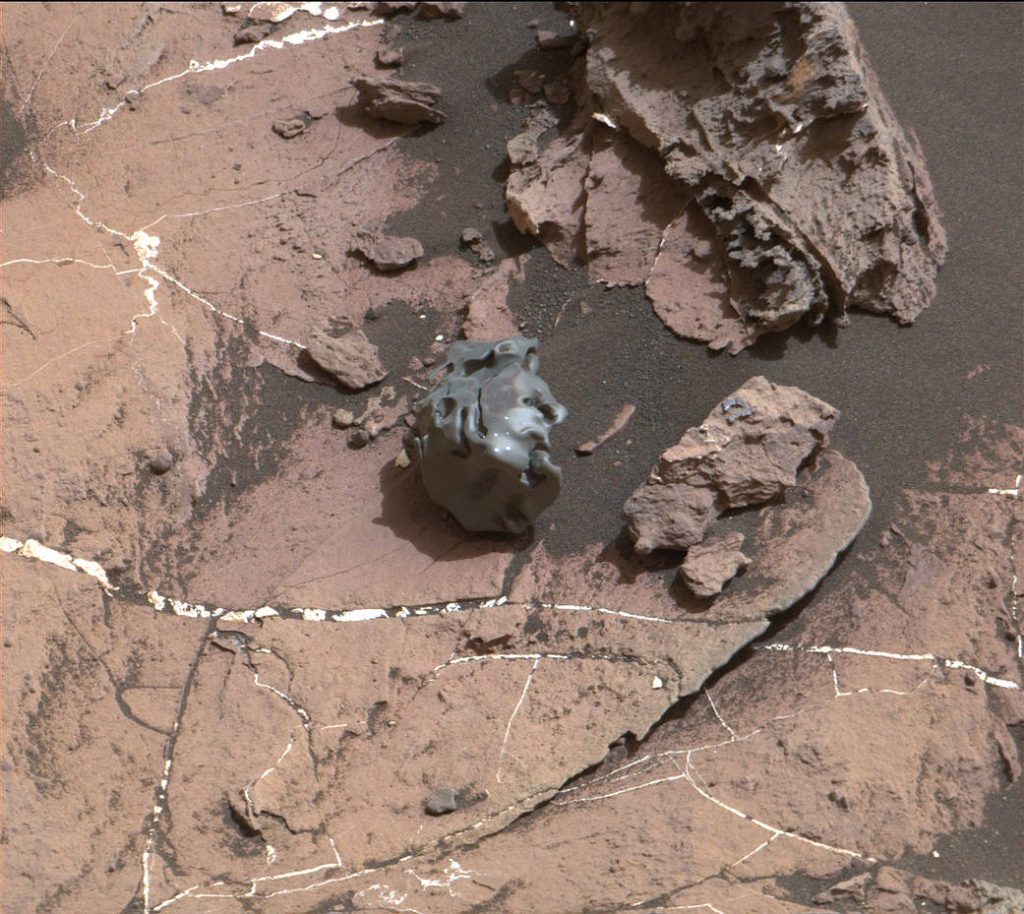 One of the focuses of Sara’s research is the search for meteorites on Mars. Over 50 meteorites have been discovered by rovers, and ExoMars hopes that Rosalind Franklin can add to the list. Once a meteorite has landed on the surface of a planet, it is subject to the planet’s atmospheric conditions. An iron meteorite on Earth, for example, would quickly rust in an oxygen and moisture rich atmosphere. The condition of meteorites found on Mars, then, can tell us a lot about the planet’s history.

‘Meteorites on Mars give us an incredible insight into so many questions’ Sara says. ‘We can use where they are, their size and abundance to understand the atmosphere across history at a rover’s’ location. The way they weather and erode can tell us about the regional climate and its history. Meteorites on Mars act like a sort of witness plate across geological time.’

Meteorites found on Mars may also help with the central question the ExoMars project hopes to explore: has there ever been life on Mars? ‘Chondritic meteorites (those which haven’t been modified by either melting or differentiation of the parent body) are a possible explanation of the delivery mechanism for the building blocks of life on Earth, and this could also be the case for Mars.

‘On Earth, chondritic meteorites have even been found (in Mars analogue locations) to provide within them a habitable environment for Earth’s microbial life!’ 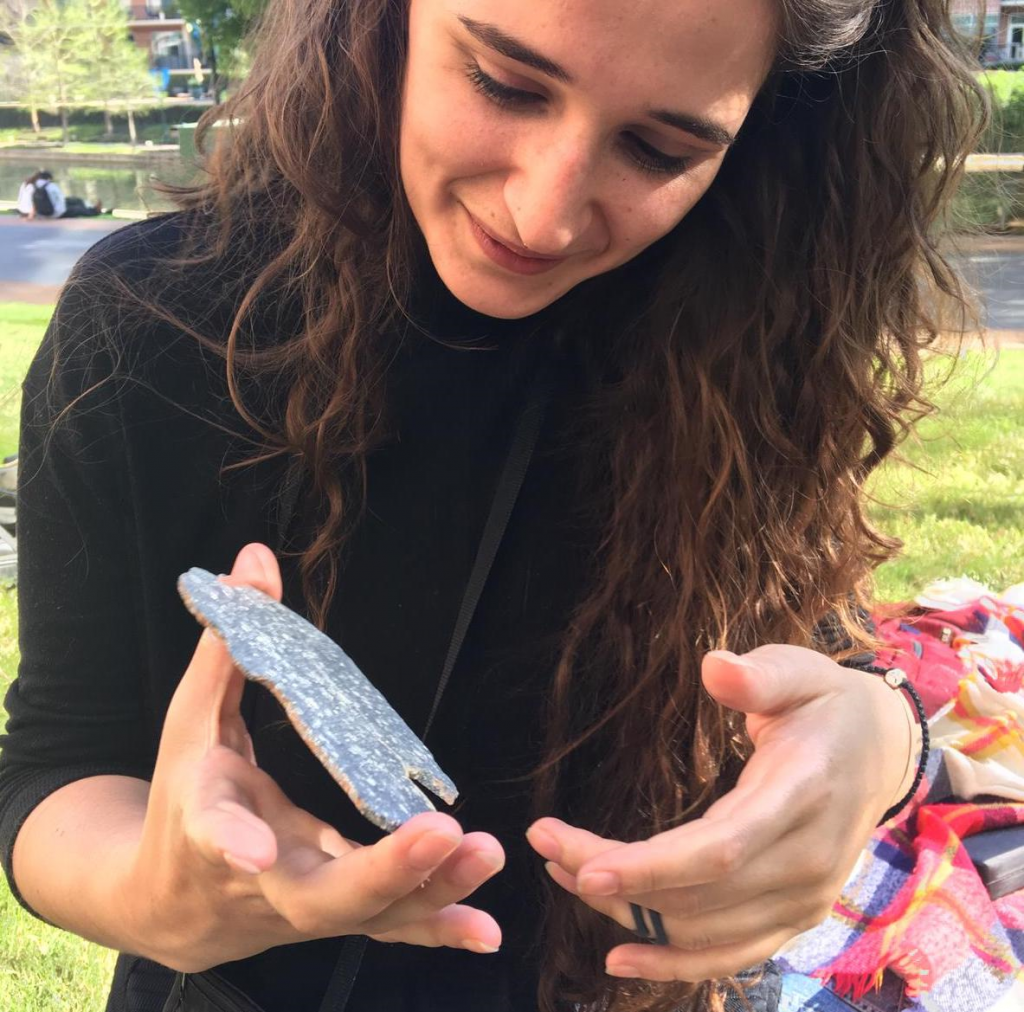 Sara says one of her favourite moments of her career so far has been working with the martian meteorite collection at London’s Natural History Museum, and its curator, Dr Natasha Almeida.

‘It’s wild to be able to hold something like that in your (gloved) hand, a little piece of Mars. Working on a PhD gives you access to incredible opportunities: meeting other scientists, working on the Roving With Rosalind Outreach project, sitting in on meetings where they are deciding the future of solar systems exploration, using instruments (well, emulators) that will be sent to Mars… it has been incredible.’

If all goes to plan, Rosalind Franklin will land on Mars in mid-2023, in search of—like its namesake—the building blocks of life.

‘One of the main threads throughout space research is whether we are alone in the universe. It’s an incredibly difficult question to answer, and the potential evidence is very complex, but my hope would be for ExoMars to find some evidence of past life on Mars.’