On the 90th anniversary of the Kinder Mass Trespass, Colin Serridge reflects on how it helped open countryside access 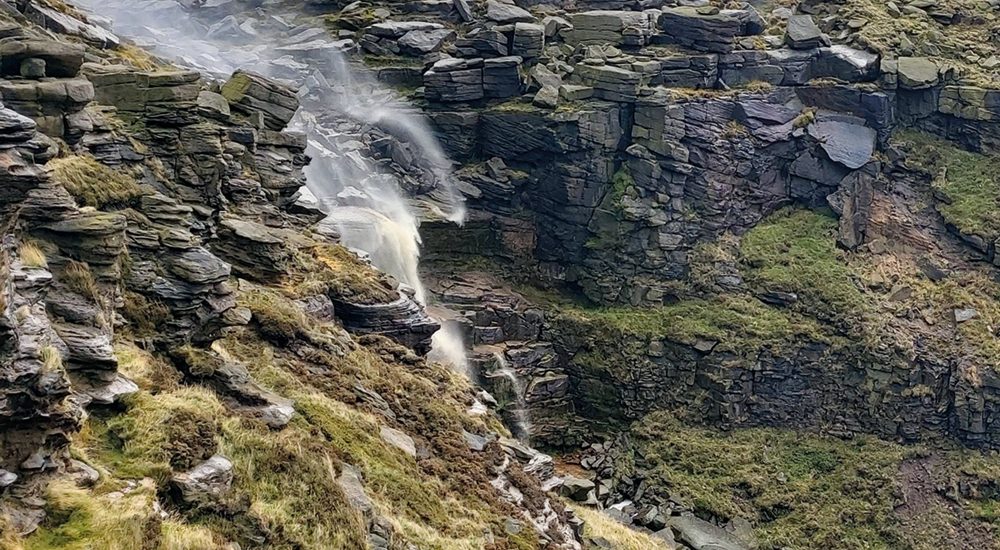 Between 1604 and 1914, various Enclosure Acts restricted public access to large swathes of common land in England. Much of the Pennine uplands was reserved for grouse breeding, with exclusive access for shooting parties, and the Dark Peak of the Peak District became largely inaccessible to walkers wanting a brief escape from nearby industrial cities, such as Manchester and Sheffield.

In an act of protest, on Sunday 24 April 1932, more than 400 people participated in a mass trespass onto Kinder Scout, a moorland gritstone plateau and, at heights of up to 636 m above sea level, the highest terrain in the Peak District. The main group, from Manchester, set off from the rallying point at Bowden Bridge Quarry in Hayfield, Derbyshire, scrambling up the William Clough route towards the Kinder Plateau.

Inevitably, gamekeepers confronted the group en route, and scuffles ensued. Eventually the party broke through, reaching Ashop Head where they met a smaller group of walkers from Sheffield who had accessed Kinder Scout from the other side at Edale, Derbyshire, via Jacob’s Ladder. Both groups then retraced their steps back to their starting points. Upon return of the Manchester group, some arrests were made relating to unlawful assembly and breach of the peace. However, the arrests simply increased publicity for the cause and the long-term goal of establishing some form of rights to roam the open country.

This event, known as the Mass Trespass of Kinder Scout, was pivotal in initiating important changes in the UK. The trespass is often credited as having led to: legislation to establish the National Parks, with the Peak District designated as the first National Park in the UK, in 1951; the opening up of long-distance footpaths (and, in particular, the Pennine Way, which opened in 1965 – appropriately on 24 April, the same date as the Mass Trespass – and starts in Edale and crosses Kinder Scout); and the Countryside Rights of Way Act in 2000, which formalised the right to roam over swathes of land mapped as ‘open country’ or registered as common land in England and Wales.

The Pennine Way crosses the River Kinder above the Kinder Downfall, a 30-m-high waterfall on the edge of Kinder Scout. The characteristics of the waterfall change with the seasons and weather; during strong westerly winds the water flow is blown back on itself creating a cloud of spray that can be seen from miles around. In dry weather, the cascade at Kinder Downfall is replaced by a staircase of Carboniferous Kinderscout Grit; in hard winter months the waterfall can sometimes freeze over, attracting ice climbers.

In 1982, a commemorative plaque was erected in Bowden Bridge Quarry (now a National Trust car park for walkers) to mark the 50th anniversary of the Mass Trespass. On this the 90th anniversary year, we should reflect on the significant role this event, and notably the pioneering spirit of the group of working class trespassers, played in facilitating both the open public access to the countryside that we enjoy today and our protected landscapes.