Over the past 60 years or so, marine geoscientific discoveries have revolutionised our understanding of Earth processes, and William B.F. Ryan has been at the forefront 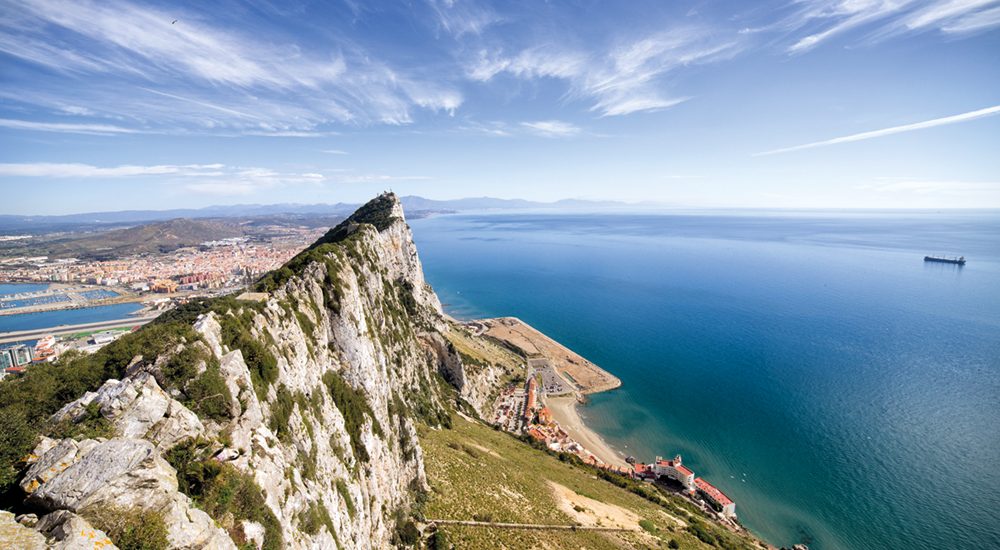 Following its extraordinary desiccation, the Mediterranean basin is thought to have refilled when the Strait of Gibraltar opened and Atlantic waters flooded in

Following its extraordinary desiccation, the Mediterranean basin is thought to have refilled when the Strait of Gibraltar opened and Atlantic waters flooded in

Bill was introduced to geoscience in 1961, during a Woods Hole Oceanographic Institute research expedition that travelled across the Atlantic and into the Mediterranean Sea.

“I was struck by the progressive decrease in sediment thickness away from the continental edge and its absence in the axial rift valley of the mid-ocean ridge. I wondered at that time if new ocean floor was being created in the valley and aged as the two sides moved away from the ridge axis.”

On entering graduate school at Columbia University in 1962, however, Bill discovered that his professors were adamantly against the concept of continental drift.

“My mentor, Bruce Heezen, would only allow a very modest extension by expansion of Earth. This was just enough to create the rift valley discovered by Marie Tharp.”

Heezen, who collaborated with Tharp to map the Mid-Atlantic Ridge, did eventually accept the idea of continental drift and in the following years, Bill witnessed some extraordinary revolutions in geological understanding.

“I was right at the epicentre of the symmetric magnetic anomaly discoveries that gave birth to the paradigms of seafloor spreading
and plate tectonics.”

Bill’s own work on the periodic appearance of organic-carbon-rich sediments in the eastern Mediterranean has evolved into the remarkable field of astrochronology, whereby strata are dated via calibration with astronomical cycles.

“My dissertation work was on the floor of the Mediterranean Sea, where suspected convergence between the continents of Africa and Europe was evident in the folds and thrusts that built accretionary ridges seaward of the Hellenic and Calabrian Island Arcs. My modest efforts to find brief excursions in Earth’s past magnetic field in deep-sea sediments has been taken by others to create a high-resolution magnetic-reversal timescale usefulfor calculating seafloor spreading rates and plate velocities.”

Salinity crisis
Much of Bill’s work has centred on the Messinian Salinity Crisis – the extraordinary desiccation of the Mediterranean basin that took place about five-and-a-half million years ago. In 1970, Bill was co-chief scientist (together with Kenneth Hsü) on Leg 13 of the Deep-Sea Drilling Project that cored the Messinian salt deposits, revealing evidence of subaerial exposure of mudflats in the form of gravels, floodplain silts and windblown cross-beds deposited atop the extensive 1.5-km-thick salt.

“Although we knew ahead of Leg 13 that there was evidence of a thick buried layer of salt that had deformed into diapiric intrusions, all previous studies of similar salt giants had envisioned precipitation within deep pools of evaporating brine replenished from an exterior sea. However, when we found beds of anhydrite and gypsum in facies identical to those of coastal sabkhas, as well as wavy laminations that resembled algal stromatolites, we questioned our preconceptions. After recovery in our cores of beds of anhydrite separated by layers of mud with bottom-dwelling diatoms that required sunlight and ostracods that had lived in river mouths or shallow lagoons, we asked, ‘Could the Mediterranean have actually dried out?’ It was an uncomfortable hypothesis until we found desiccation cracks in a salt bed and learned about the huge down-cutting of the Nile and Rhône rivers that fed the Mediterranean basin at that time.”

The core samples also revealed evidence for the subsequent Zanclean Flood that is thought to have occurred when the Strait of Gibraltar opened, allowing water from the Atlantic to refill the Mediterranean basin.

“Fluvial sands immediately draped by deep-sea pelagic oozes could only be explained by a sudden opening of the Gibraltar Strait and a catastrophic flood of saltwater into a mostly-empty Mediterranean lake, filling it in a matter of years.”

Fifty years on, Bill is back working where he started, in the Mediterranean, investigating a new explanation for the formation of its giant salt deposits – an explanation that he hopes to test via future scientific drilling into and through
the giant salt layer.

A shift in emphasis
While the various ocean drilling and discovery programs are some of the longest running and most fruitful projects in geoscience, Bill suggests that marine geoscience is increasingly heading toward modelling, with much less emphasis on new observations.

“I see little interest by students in going on expeditions or into the field or building new instrumentation and more time spent in front of their computer screens.”

A shift away from observational science may be due, in part, to the costs and complexities of sea-going expeditions, which Bill notes are amongst the biggest challenges in marine geoscience today.

“Understanding the hazards of mega-earthquakes and tsunami, for example, requires access to regions within the exclusive economic zone of coastal nations. Getting permission ahead of proposal-writing or even departure from port is becoming more and more difficult.”

Bill is also a technical pioneer, devoting considerable time to help develop tools such as GeoMapApp, a map-based application for browsing, visualising and analysing a divers

“It came out of a need to get data stored in users’ hard drives that is subject to eventual loss. The app provides users with a variety of methods to view their own data and combine them with public data. We now have a Global Multi-Resolution Topography (GMRT.org) synthesis that is supported by the US National Science Foundation and serves edited multi-beam sonar data collected by scientists and institutions worldwide from more than 1,300 expeditions.”

This innovative application, to which everyone can freely contribute and access, is now widely used by schoolchildren, students, researchers and industry professionals across the globe.