The Society’s new President, Ruth Allington discusses her career as an engineering geologist and expert mediator, her enthusiasm for working in ‘the borderlands’, and her priorities for the Society’s future 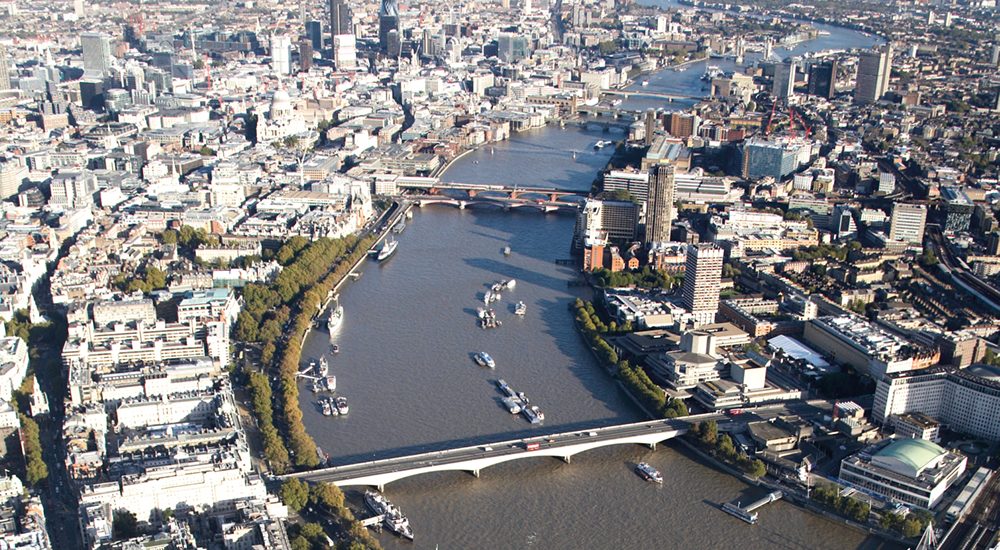 The Strand in London is built on a river terrace 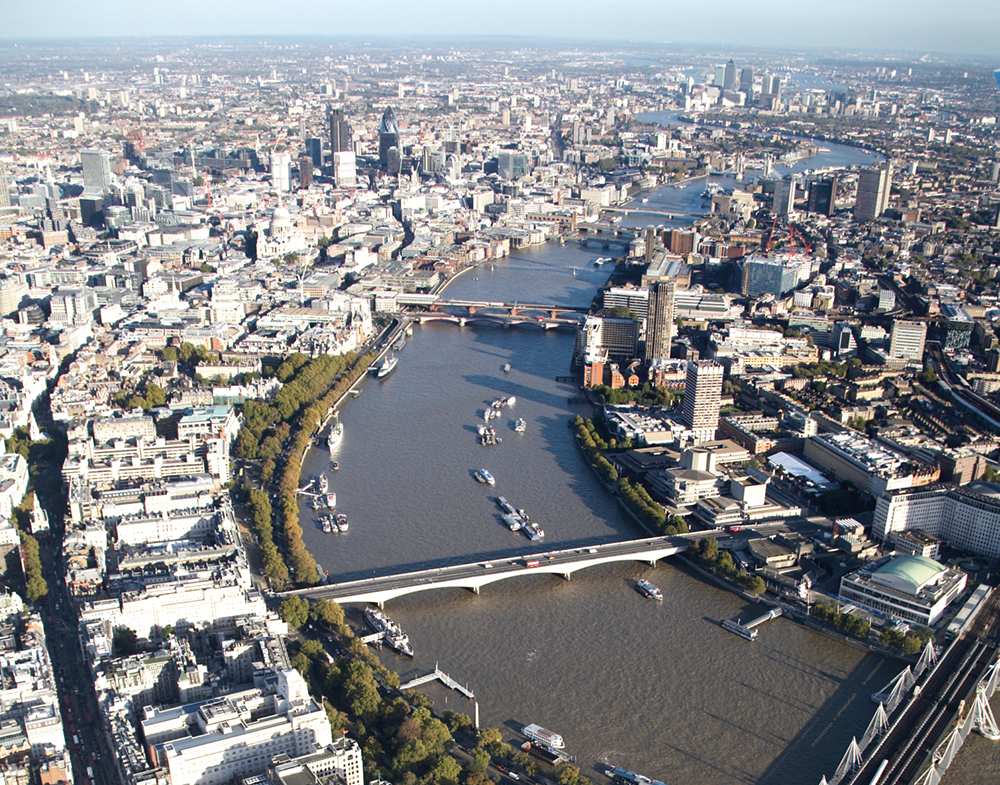 The Strand in London is built on a river terrace

When Ruth Allington, who takes over as the Geological Society’s President this month, attended her interview for an undergraduate course at King’s College London, she recalls being asked what, at the time, seemed an odd question.

“Professor John Pugh asked me what I had noticed about the geomorphology of the Strand.

“Of course, at the age of 17, I hadn’t noticed anything about the geomorphology of the Strand. Geomorphology, as far as I was concerned, could only be studied and observed in the countryside – preferably abroad!”

That question, and the thought processes it provoked, made all the difference, she says, in her decision to study at King’s.

“He gave me a glimpse of the excitement of thinking in new ways and challenging perceptions.”

It’s an approach to the science that she has carried throughout her engineering geology career, which has included 38 years at GWP Consultants (formerly the Geoffrey Walton Practice), as well as work as an expert witness and mediator.

“Through working in a small firm and always being a consultant, I have come to realise the irrelevance of artificial boundaries between technical and scientific disciplines, and the futility and destructive nature of the turf wars between them.”

Ruth says her interest in the science began at school – “I loved physical geology, especially the field trips” – and, in part, was stimulated by a love of drawing. “I loved drawing the landscape and also the drawings of fossils and rocks in geological books that my grandfather (an industrial chemist, who had studied geology as a subsidiary subject) and my parents had.”

In particular, she recalls a field trip to Switzerland where, at age 16, her interests in geography, geology and art came together.

“I had a little black sketchbook as a field book and the first of many Rotring pens. It was the most wonderful week of climbing mountains looking at glaciers, landforms and rocks, and stopping frequently to interpret the landscape and the way it had influenced
land uses.”

O-Level geology followed, and with it a visit to the engineering geology laboratories at Portsmouth Polytechnic, which Ruth credits with stimulating her interest in that particular field. Unsure about studying pure geology, she applied for a joint honours course in geography and geology, and found herself facing
that unexpected interview question.

“The answer, as many will know, is that the Strand is on a river terrace – hence the steep streets and steps that run from the Strand down to the embankment.”

Having initially feared that studying joint honours risked becoming ‘a jack of all trades and master of none’, she says she found it “tremendously exciting to have the opportunity to study two such complementary subjects at the same time, and not
be wholly in either camp”.

“I gained an insight into how the mapping, observational, analytical and interpretive skills of geomorphology and geology could be applied in practical engineering situations and
I resolved to follow that path.”

Ruth went on to study for an MSc in Engineering Geology at Durham, after which, “with a big dose of accidental good timing and good luck”, she began working at GWP Consultants. There, she designed quarries and other open pits, provided consulting advice in relation to their operation and impacts, and gave expert input to the resolution of disputes. It was this latter work that led to her interest in mediation.

I discovered mediation in the mid-1990s, in the course of my work as an expert witness in opencast coal-related contractual disputes that had gone to arbitration

Facilitative skills
“I discovered mediation in the mid-1990s, in the course of my work as an expert witness in opencast coal-related contractual disputes that had gone to arbitration.”

She recalls a particular claim by an opencast contractor against one of the successors to British Coal Opencast following privatisation, which had “got bogged down”.

“It was very clear that the arbitration was going to be very lengthy and expensive indeed as the positions of the parties on almost every aspect were very far apart. In a last-ditch effort to avoid an arbitration hearing, mediation was arranged – the parties agreed a way to settle the matter on the day, and signed the agreement and transferred the funds the following day.

“I decided that this was such an amazing process that I’d like to know more and I trained as a mediator in 1997.

“In recent years, I have been lucky enough to participate in intensive training with Maria Arpa at the Centre for Peaceful Solutions and to become a Dialogue Road Map facilitator – this has further extended and deepened my mediation practice and I am one of the directors of the Peaceful Solutions mediation service.

“I have found working as a mediator incredibly fulfilling – it makes a difference to people whose working and/or professional lives have been disrupted by disputes. Often their finances have been adversely impacted, sometimes for many years.”

Ruth describes a “palette of facilitative skills” that she has acquired as a mediator: “skills such as active listening, summarising and re-framing to help parties in a dispute (or meeting or conversation), to de-escalate tension and hear and express each other’s point of view and needs (even if they disagree), and to help them reach a solution they can agree to.

“Of all the professional and technical skills I have acquired over the years, these are the most important to me personally, in consultancy, as an expert witness, and in professional and voluntary leadership roles.

“I do think my facilitative skills and experience will be helpful in my role as President.”

Ruth’s involvement with the Society began with the Engineering Group in 1981, when she attended the group’s annual conference.

“I was nervous but made so welcome, and it wasn’t long before I was on the committee, becoming first Secretary and later Chair. These were enormously enjoyable times, when I first became part of a professional community and learned such a lot from meetings, conferences and field trips, as well as from getting to know more established engineering geologists.

“Being awarded the Engineering Group Award in 1995 and being the Glossop Lecturer in 2012 and receiving the Glossop Medal were huge highlights for me.

“In many ways, the Society has changed beyond recognition since I joined 40 years ago, but what has been a constant for me is my sense of connection to it.”

Borderlands
All Presidents arrive with a lengthy to-do list, but Ruth’s will be particularly full – chief among them, the appointment of a new Executive Secretary, and the search for a resolution to the continuing uncertainty over the Society’s future at Burlington House.

“As to wider changes and challenges for the Society, I think the top two priorities are: influencing and supporting the science agenda underpinning the energy transition, responsible supply of critical minerals and responses to climate change; and supporting geoscience education and training at all levels to meet current
and future workforce requirements.”

Her experience of working in what she describes as “the overlaps” will doubtless be put to good use in addressing those priorities.

“There is excitement and value in working in the overlaps – the borderlands, as Peter Fookes and Rudolph Glossop have described the areas of common interest to engineers and geologists. This is where I have concentrated in my career.

“I hope to focus on helping the Society successfully navigate the changes and challenges we face, and make the most of the opportunities they present.”