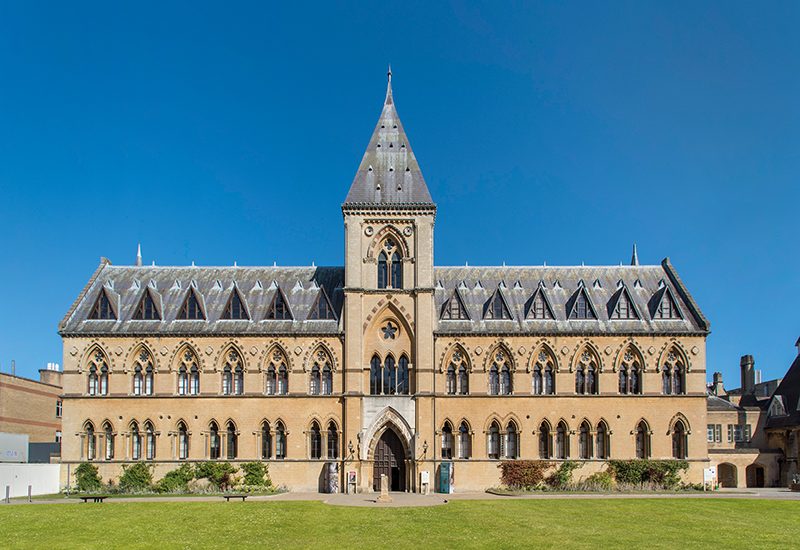 The Oxford University Museum of Natural History (OUMNH) now plays an important role in promoting science, as well as serving as a key resource for researchers. But it was long in gestation, and, according to O’Dwyer (1997, p. 154), the very idea of setting up a science museum was a controversial topic within a university where “theology still regarded science with misgivings if not with contempt”.

Nevertheless, science had some champions in Oxford. In 1847, after a meeting of the British Association for the Advancement of Science held in Oxford, Henry Acland [1815–1900], later Professor of Medicine at Oxford, along with some of his scientific colleagues, published a Memorial, advocating “the erection of an edifice within the precincts of the University for the better display of materials illustrative of the facts and laws of the natural world”.

To make an impact, the Memorial required the signatures of all the principal teachers of science in the university. This included William Buckland [1794–1856], canon of Christ Church, Reader in Mineralogy, Reader in Geology, and probably the only Oxford man of science who had considerable influence within the university.

When Acland sent a draft of the letter to Buckland on Christmas Day 1847, requesting his signature and support, he was surprised and disappointed by Buckland’s reply: “Some years ago I was sanguine, as you are now, as to the possibility of Natural History making some progress in Oxford, but I have long come to the conclusion that it is utterly hopeless. The idle part of the young men will do nothing, and the studious portion will throw their attention into the channel of Honours and profits which can alone be gained by the staple subjects of Examinations for Degrees and Fellowships. …I therefore return the paper, which I think it would be a useless mockery to put my name to.”

Fortunately, Acland and his initial signatories did not give up. In 1849, the university convocation voted in favour of a science building and appointed a delegacy to study the matter in more detail. The foundation stone was laid by the Earl of Derby in 1855, and the museum opened in 1860.

Acland was “of opinion that no ornament should be employed which had no significance with reference to the object of the building”. The object was science, and geology – championed by the geologist John Phillips [1800–1874], first Professor of Geology at Oxford – played a key role. As Phillips explained in his pamphlet The Rocks and Fossils of the Oxford Museum: “The stone of which the Museum is built, and the marbles which are employed in the internal decoration… were indeed in part selected for the purpose of adding to the illustrations of that science.”

It was a wonderful idea. “The lovely Museum rose before us like an exhalation,” proclaimed the ‘radical parson’ the Rev. William Tuckwell, in his Reminiscences of Oxford. “The shafts of the interior arches, representing in their sequence the succession of British rocks, sent us into the Radcliffe Library for the mastery of geological classification.” A great result!

Nina Morgan is a geologist and science writer based near Oxford, UK (www.Gravestonegeology.uk)