Nina Morgan recounts how geology came to the rescue 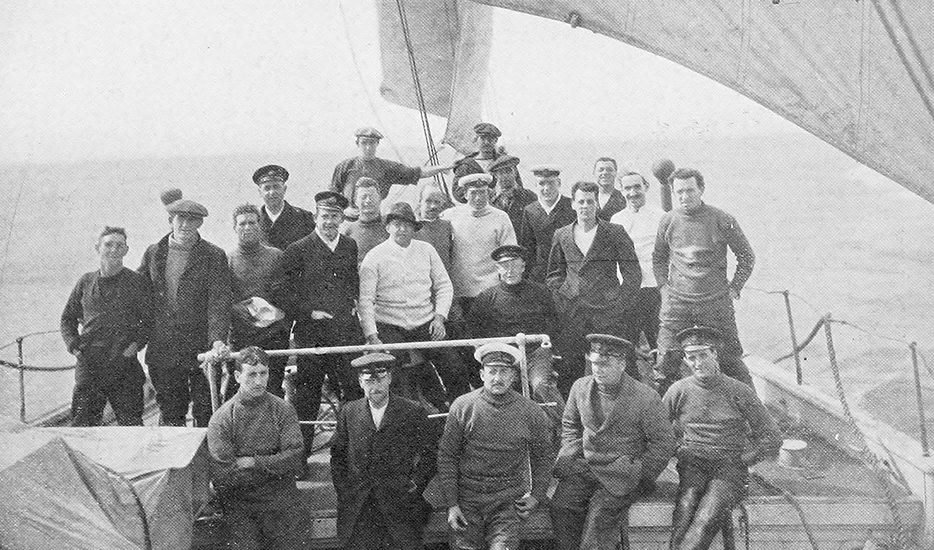 Riding towards London on a very dark night, William Buckland [1784–1856], Reader in Geology at the University of Oxford, and his friend, realised they had lost their way. But Buckland didn’t panic. He simply dismounted, took up a handful of soil and smelt it. “Uxbridge”, he proclaimed, his geological nose telling him the precise locality.

This level of ‘precision’ navigation based on a knowledge of the local geology is much more difficult where the geology is unknown. Nevertheless, James Wordie [1889–1962] the geologist on Shackleton’s 1914–1917 ill-fated British Imperial Trans-Antarctic Expedition, proved it can be done.

Having graduated with a degree in geology from the University of Glasgow in 1910, Wordie, known as Jock, went on to study geology at St John’s College, Cambridge. There he met scientists who had recently returned from Robert Falcon Scott’s British Antarctic Expedition. Thus inspired, he joined Sir Ernest Shackleton’s expedition to cross the Antarctic continent. In November 1914, when the expedition ship, Endurance, reached South Georgia, Wordie began mapping the geology – noting the folded structure of the rocks.

After Endurance became locked in pack ice in the Weddell Sea and sank in November 1915, the group spent months dragging their lifeboats over the ice and, in April 1916, managed to reach Elephant Island. From there Shackleton and five members of the party took to sea again to seek help from whalers on South Georgia. When they landed on the ‘wrong’ side of the island, they then had to cross an unmapped mountain range on foot to reach the whaling station at Stromness.

Exhausted and unsure of their location, the situation looked grim. But Wordie’s geological work on South Georgia provided them with some vital clues. As Shackleton recalled in his book South:

“We went through the gap at 6am with anxious hearts as well as weary bodies. If the farther slope had proved impassable our situation would have been almost desperate; but the worst was turning to the best for us. The twisted, wave-like rock formations of Husvik Harbour appeared right ahead in the opening of dawn. Without a word we shook hands with one another. To our minds the journey was over… ”

Once at the whaling station, Shackleton was able to arrange for the rescue of the 22 men left behind on Elephant Island – and all members of his ill-fated expedition returned alive. Rock samples collected by Wordie on Elephant Island, along with his notes, were also saved and are now preserved in the Hunterian Museum in Glasgow.

On his return to Britain, Wordie went on to serve on a further eight polar expeditions and became one of the most influential figures in polar exploration of the twentieth century. He was a founder member and chair of the Scott Polar Research Institute, and served terms as President of the Royal Geographical Society and the British Mountaineering Council. He was
knighted in 1957.

But perhaps the greatest accolade came from the crew of the Endurance who valued his dry humour and willingness to trade his tobacco ration for rock specimens. Clearly a man who got his priorities right!

Nina Morgan is a geologist and science writer based near Oxford, UK

Acknowledgements:
The idea for this vignette comes from the feature Sir Ernest Shackleton (1874–1922) and Antarctic geology, by Phil Stone, published in the History of Geology Group magazine, GeoHistories (No. 73, April 2022). I also thank Philip Powell of the Oxford University Museum of Natural History for drawing my attention to the Buckland story.