Tanya Atwater became hooked on Earth science at the height of the plate tectonic revolution, and she has a profound story to tell 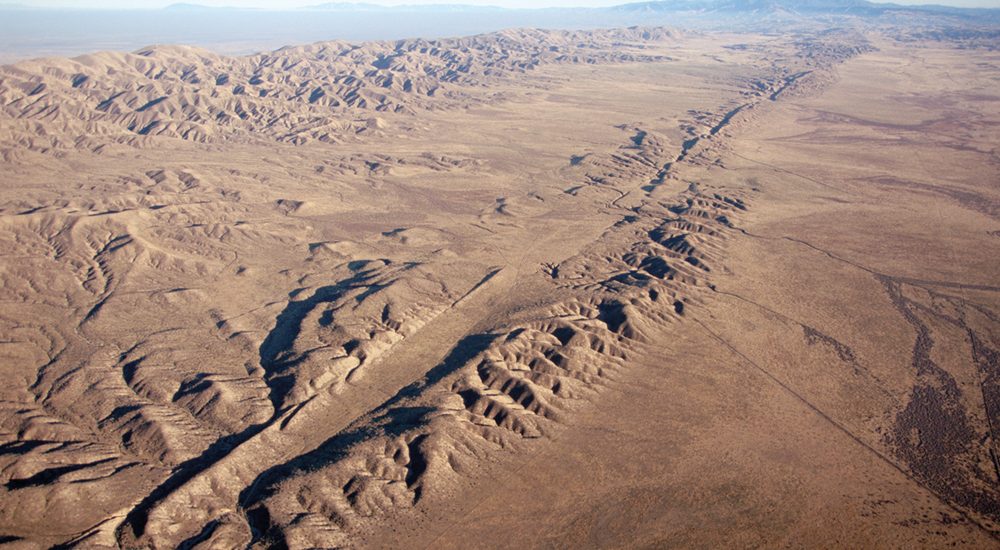 Only after subduction of the Farallon Plate did the Pacific and North American plates come into contact, implying a relatively young origin for the San Andreas Fault system

Tanya’s passion for wilderness and adventure has deep roots.

“My ancestors were covered-wagon pioneers and seafarers, seeking out adventures and challenges, and my family continued the tradition. Our weekends and vacations were spent camping and hiking and horseback riding and river rafting, often in the wildest, most remote places we could find.”

Tanya originally wanted to be an artist and loved spatial relationships – hogging the maps on family trips and relishing the opportunity to translate between paper and passing countryside.

After experimenting with various majors while studying at the Massachusetts Institute of Technology, it was an almost fortuitous experiment with geology that really made Tanya “catch fire”.

“I attended the Indiana University geology field camp in Montana, just for fun. Geological mapping is primarily a spatial puzzle: the mapper must visualise the geologic structure and geometry, figure out how these shapes are cut by the undulating surface of the present landscape, and then translate all that into lines and symbols on a flat paper map. I was in heaven and hooked on geology.”

Tanya switched to study geophysics at the University of California at Berkeley, taking as many geology courses as she could fit into her schedule.

On moving to Scripps Oceanographic Institution in La Jolla, California, in 1967 for graduate school, Tanya found the place in uproar.

“A month before, Fred Vine had given a lecture about marine magnetic anomalies and how they demonstrate that oceanic crust is created by sea-floor spreading. This concept, in turn, validated the theory of continental drift and led to the development of its modern version, the theory of plate tectonics. Furthermore, the magnetic anomalies give us the wherewithal to measure and chart the drift of the plates through time. A great revolution was just starting in the Earth sciences and I had stepped into the middle of it! In the light of the new concepts, all the data collected by generations of geoscientists was in need of re-interpretation. Furthermore, the need for many new measurements and experiments and compilations suddenly became obvious. Dr. H. W. Menard was recompiling the magnetic anomalies that had been measured by ships crossing the northeast Pacific. The resulting map was so exciting, so full of new relationships that I could not stay away from his lab.”

People from all over the world visited Scripps to share their insights.

“It was so exciting, there were so many new connections to explore, so much to be done – I often could not sleep at night.”

The Scripps ‘Deep Tow’ sonar system was about to survey the Gorda Rise, off the coast of northern California, and the ocean-bound expedition team needed a graduate student.

“It would be the first close-up look
at a sea-floor spreading centre! I signed on at once and never looked back. By this stroke of luck, I became embroiled for life in the effort to understand the process of sea-floor spreading and the details of the formation and aging of the world’s oceanic crusts. I have never lost my fascination with this subject and have continued to explore it with new technologies as they came along: mapping with various sophisticated sonars, deep-sea cameras, deep-diving submersibles. I have visited and studied the deep ocean floor, 2.5 to 3.5 km deep, on 12 different dives in the small submersible Alvin. It is amazingly different down there.”

Tanya is particularly well known for her reconstructions of plate tectonic interactions in western North America.

“It was clear from the beginning of the plate tectonic revolution that the San Andreas Fault system in California was a major strike-slip plate boundary between the Pacific and North American plates. However, when we examined the magnetic anomalies in the adjacent Pacific Ocean basin, they implied a very different plate configuration for past times. They showed that the ocean floor here was formed by sea-floor spreading between the Pacific Plate and another oceanic plate, the Farallon Plate. The Farallon Plate had once lain between the Pacific and North American plates, but had since been completely subducted along much of its length. The subduction of the Farallon Plate allowed the other two (Pacific and North America) to come into contact only rather recently and only then to form the San Andreas Fault. The geologic record in California told a similar story: a long history of subduction and a relatively young origin for the San Andreas system. When the dates of the magnetic reversals were finally established first-hand by the Deep Sea Drilling Project in 1969, the final piece fell in place.

“Much of the definitive data for the plate tectonic revolution came from the oceanic realm. In the 1960s, marine geology was a very small field and most institutions didn’t have anyone on their staffs who specialised in this subject. Thus, when word of the revolution spread, we oceanographic graduate students found ourselves in the unusual situation of having a profound story to tell. I gave seminars to anyone who would listen. It was a heady experience.”

Modern relevance
Tanya devotes much of her time to science communication, and feels strongly that a general understanding of science and technology is essential for all.

“Ours is a technological age and one in which the results of our technology are fundamentally altering our planet, our only home. We must understand the consequences of that use.

“Earth science, in particular, offers a unique, long-term view that all world citizens need to incorporate into their thinking. Earth was here long before we humans evolved and will continue, indifferent to whether we thrive. We now have enough understanding of many geological phenomena to take them into account when planning our structures and activities. We know how to minimise the impacts of many natural disasters, but it won’t happen in a democracy unless the citizens understand what is involved.”

And at a fundamental level, Tanya notes that, “it is fun, interesting and empowering to learn the reasons that things are the way they are. The shapes, colours and textures of the countryside tell their own stories to the viewer who is geologically aware. A basic knowledge of geology can enhance every cross-country trip and can deepen every person’s appreciation of the planet and of the back yard. It brings the world map to life.”