On this month’s episode of 5 Mins With, Marissa Lo (Assistant Editor) speaks to Professor Cynthia Burek, Chair in Geoconservation at the University of Chester. 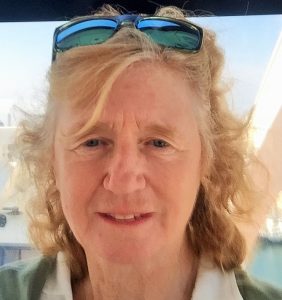 [00:10] Marissa Lo: Hello and welcome to Five Minutes With, a podcast by Geoscientist Magazine. My name is Marissa Lo and today I’m joined by Professor Cynthia Burek, from the University of Chester. So, thank you for joining me, Cynthia, can you please tell me about your work on geoconservation?

[00:25] Cynthia Burek: My chair is in geoconservation, and when I got awarded it, I went and saw my Vice Chancellor and he said, I’ve never heard of that. And I said, the reason I wanted my chair to be in that is because I want to raise the awareness of geoconservation. Geoconservation is a relatively new subject. It sits alongside biological conservation and looks at the abiotic environment, the non-living environment. I got involved, really, because both my daughters trained as geologists. As they were going through their courses, I used to say to them, oh, did you go and see the such and such quarry? And they would say to me “oh, don’t be silly, mum. That got filled in years ago. You can’t see it anymore”. And I was becoming more and more concerned about this. Here was the next generation of geologists coming through, not being able to see the classic sites that my husband and I had been taught. And so, I thought, this is not good enough. I’ve got to do something about it. So, I became very active in the geoconservation movement. It’s a fascinating subject. You meet all sorts of people, because when you are trying to explain to people about why it’s so important to conserve geological sites, geological specimens, maps, a lot of people think geology has always been there. The rocks are hard, they don’t need protecting. It’s quite a hurdle to get over and say to them, look, these things do need protecting because we are blowing them up, filling them in, changing them to the point where you can’t see them anymore. Through that, I got involved with the Geoparks, which is the new UNESCO designation, which was set up in November 2015. I’m now a trustee of the Anglesey or the GeoMôn Geopark.

[02:26] Marissa Lo: So what are you currently working on or what have you been working on recently?

[02:30] Cynthia Burek: I have two main interests. One is geoconservation. At the moment, we’re working to promote Anglesey Geopark. Presently, I go and lecture to a tourist club on what a Geopark is and why Anglesey is so special. Now, the second strand that I’m working on, we’ve published two books fairly recently through the GeolSoc on early female geologists. The one that we’ve just published was to celebrate the centenary of the first women becoming Fellows of the GeolSoc. As you can imagine, it’s an endless task researching early female geologists. So at the moment, I’m expanding my big database on early women geologists. The bonus here was that 1921 was a census year. So earlier this year, the census details were released. That was two years after the first female Fellows of the Geological Society. And this has opened up all sorts of things, allowing me to expand my research on early female geologists.

[03:42] Cynthia Burek: It depends where I am. If I’m at home, I do a lot of searches online, especially if I’m working on my early female geologists. If I’m in Anglesey, it’s completely different because there I might be out in the field. We’re working on a couple of town trails at the moment. They’re ideal because you can tailor them to disabled people that want to learn a little bit about geology and who would never be able physically to get into a quarry or down a mine. Several times I’ve had people come on town walks with me in wheelchairs and say that’s the first time they’ve ever been able to go out and look and have the rocks explained to them.

[04:26] Marissa Lo: So what is your favourite thing about your work?

[04:29] Cynthia Burek: My favourite thing of all time is to see the light switch go on in somebody’s eyes when they actually understand what you’re saying. And they think, by golly, that does mean something. I can now see why geology is so important to me, and I suppose my favourite thing is the geoheritage, making things relevant through history. A little catchphrase that I have that everybody I talk to goes away with it’s: geodiversity underpins biodiversity. We just look around, especially if we’re out in the field. Everywhere you can see the trees, the plants, the shrubs. The flowers are directly related to the soil, and the soil is often directly related to the underlying geology.

[05:17] Marissa Lo: My final question for you is what advice would you give to someone hoping to get involved in geoconservation?

[05:25] Cynthia Burek: A difficult question because it is a fairly new field, but I would say two things. One is perseverance. If you feel strongly about something, you can always achieve it in the end. Perseverance and patience. Be open to going into an area which doesn’t initially look as though it’s going to go into geoconservation. Most people would think geoconservation will be taught in a geology department, but I worked in a biology department. Think outside the box. Be enthusiastic about whatever you do. It rubs off on other people. 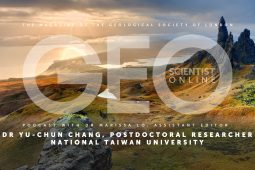 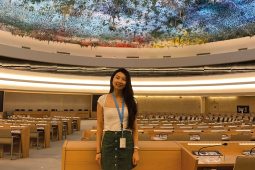 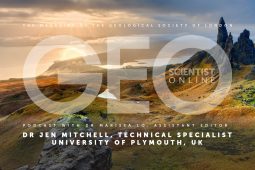 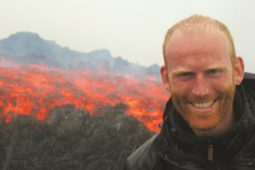