River Planet: Rivers from Deep Time to the Modern Crisis 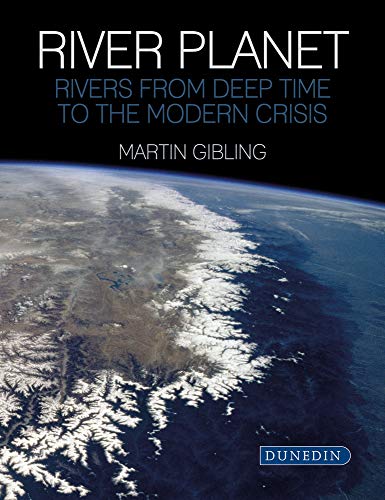 Rivers are usually thought of in relation to present contexts and forms, or, perhaps, the sequences of events that have led to those contexts/forms.  That perspective limits the view to the period since Pangaea broke up, however.  The story of rivers, as a “species”, is much longer than that.  This book provides an informed, integrated and roughly chronological view of their “history” on Earth, from the earliest known evidence of flowing water about four billion years ago.

Among the issues raised and discussed are the impact of the appearance of land-based plants in the Devonian on the natural “engineering” of rivers, the rapid development of the Grand Canyon, the reversal of major South American rivers including the Amazon, and the lost rivers of both Antarctica and the English Channel.  One stunning concept is the meltwater floods that occurred as the last ice age closed, delivering up to 20 million m3/sec for a few days in the North West USA (that is, 100 times the Amazon’s normal discharge to the Atlantic and more than 50 times its highest reported flood discharge of 340,000 m3/sec).  Such floods are known, from the geological record, to have occurred numerous times.

Evidence both of and about pre-Pangaean rivers is sparse, but is presented clearly. A credible and fascinating story is constructed, both of them as a set, and their development on Earth’s surface in space and time.  The text is well supported with numerous, excellent photographs and diagrams illustrating the points made, including clear diagrams of the ancient drainage patterns.  The strength and quality of the book’s main thread are further increased by the many revealing and relevant stories about the scientists and engineers of the relatively recent past – just a few hundred years in several billion – who contributed to knowledge of them.

Early civilizations tried to control rivers through agriculture and irrigation, leading quite recently to hydraulic mining, the construction of ever larger dams, and the burial of rivers below cities.  One result is that rivers are endangered worldwide now – the connecting topic of the last few chapters in the book. The focus of the final few chapters is largely on those who try to preserve rivers, bringing help to and stabilising riverine ecosystems and communities.  The structure of the final section is not as strong as that earlier on, but the points are well made and worthwhile.  This is a good book and well worth owning.