Dragon’s teeth and thunderstones: the quest for the meaning of fossils 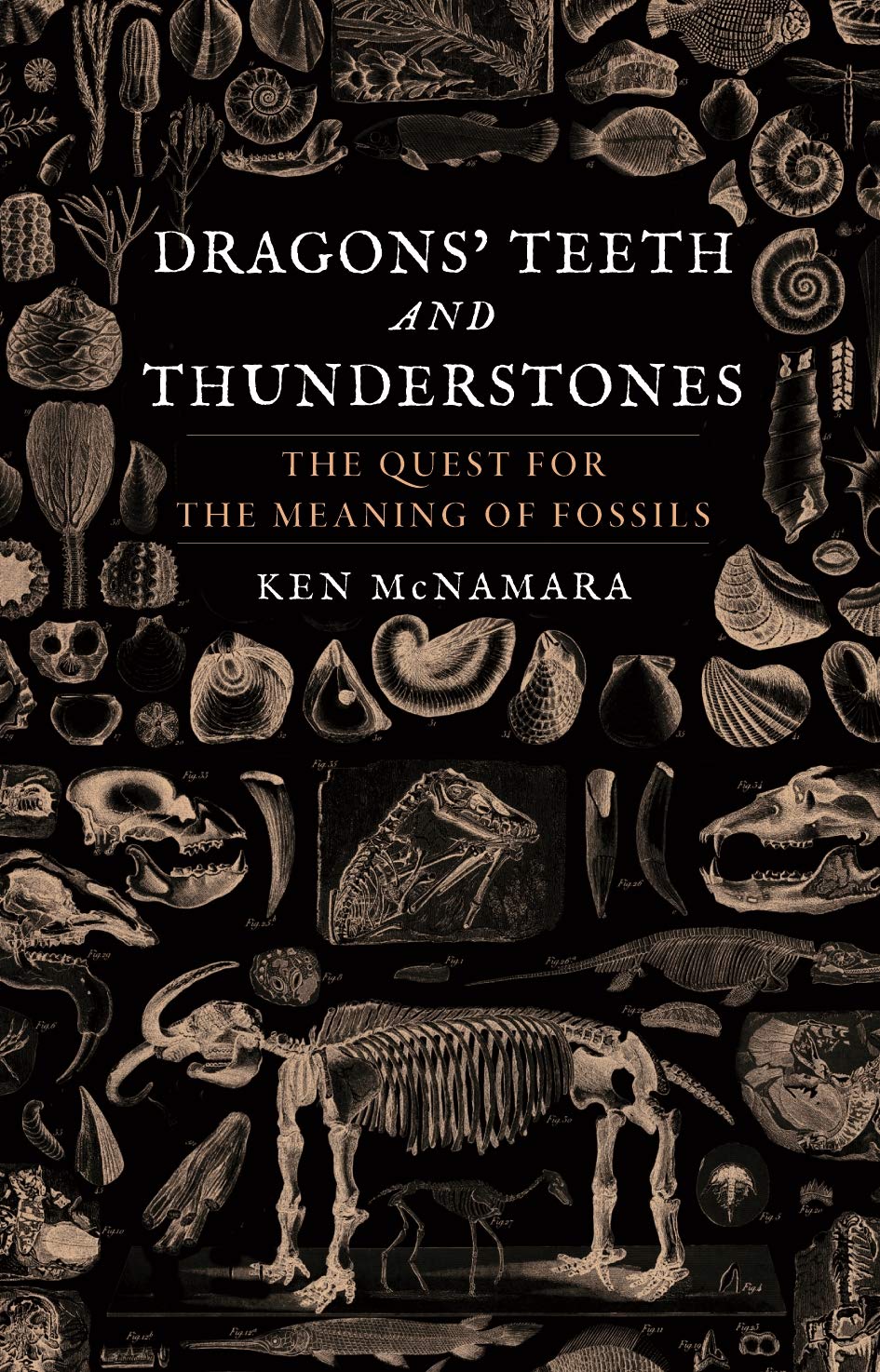 Fossils have been around for millions of years, some for hundreds of millions, but their true origins remained unknown until quite recently. A very few people in Greek and Roman times recognised the likely connection with past life, but it was not until the seventeenth century that the real origin of fossils was deduced. For hundreds of thousands of years, however, people have been attracted by fossils, and collected and used them for many purposes. This excellent book is about fossils, but in a fascinating and different way.

McNamara, a former director of the Sedgwick Museum in Cambridge, explores the paths taken by hominids – mainly humans but some others as well – to try to understand and make use of fossils, if they could offer anything of value.  It is irrelevant that we now “know” that almost everything understood prior to the seventeenth century about fossils was wrong. This is really a story of human culture, as related to fossils, and the evolution of that relationship.

The oldest humanoid links with fossils are represented, inevitably, by burials and the contents of graves, etc.  People have been buried with fossils for at least 500,000 years, on which basis it is assumed that the fossils represented something important to them. While some of the buried material was clearly jewellery, other fossils may have been buried with the dead because of their perceived powers and benefits. Fossils’ traditional values, in various cultures, include helping the dead get through to the next life, protecting the living from poison – or, elsewhere, lightning or evil spirits – curing illnesses, and, almost in reverse of fending off evil spirits, projecting magic against others. Above and beyond that, however, fossils have been a fundamental source of aesthetic inspiration.

McNamara’s book shows that many fossil-related stories and myths have truly ancient roots.  Drawing on archaeology, folklore, the history of natural philosophy, mythology and many other facets of human culture, it is, as noted by others, about the search for the meaning of fossils.  The stories show clearly that human imagination is truly infinite. They bring other intriguing issues to light, too, in the ways that fossils have been traded, exchanged or acquired over the last few hundred years. For instance, the origin of ancient fossil charms etc., obtained in the mid-twentieth century near Kimberley, Western Australia, must have been strata found, respectively, 2,000 and 2,500 km away. This is a fascinating book.