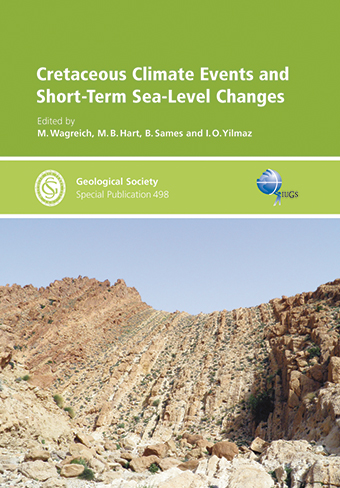 On the day I started writing this review, a Guardian headline stated that “Major sea-level rise caused by melting of Greenland ice cap is ‘now inevitable’” and “will contribute a minimum [sea level] rise of 27 cm regardless of what climate action is taken.” We are not given a precise timeline for this rise in sea level but are told that “we will see this figure more than double within this century”.

This book takes a more measured view of climate change, noting that Earth system scientists have found that our planet is shifting outside of its orbitally driven, 100 ka-long, glacial-interglacial cycles of the recent past, and is moving into a new system phase, with a future greenhouse state. I wonder, might the transitioning between states have resulted in the apparent stability, especially regarding sea-level, of the Holocene?

To address how a greenhouse future might look, over the past decade, the United Nations Educational, Scientific and Cultural Organization (UNESCO) and the International Geoscience Programme (IGCP) have brought together 150 scientists from 43 countries, to discuss and produce a report on “Climate-environmental deteriorations during greenhouse phases: Causes and consequences of short-term Cretaceous sea-level changes”. This book presents some of their findings.

Much of the Cretaceous was ice-free, with markedly higher sea levels than at present and greenhouse conditions. However, mapping and modelling on passive margins and in continental areas has revealed that even ice-free times were subject to decimetre-scale sea level fluctuations. To account for these fluctuations in sea level, the aquifer-eustasy model is outlined; the model posits how global, coeval changes in sea level are the result of climate-driven changes in land water storage, due to charging and discharging of continental aquifers. This process has always been active, but, during icehouse world times, was overshadowed by glacio-eustasy. During greenhouse and hothouse times, aquifer-eustasy is the dominant model and driver for eustatic sea level change.

Following detailed presentation of the aquifer-eustasy model, we are presented with Cretaceous sea level case studies from many sites, including continental North America, Europe, northwest Africa and the Himalayas (Tethys), as well as the United Kingdom. Documented palaeoenvironments range from terrestrial to deep sea. Throughout these case studies, we are given a taste of what is to come. The scale of the environmental change begs the question, though: will the human race endure to see it?