A Curious Boy – The Making of a Scientist 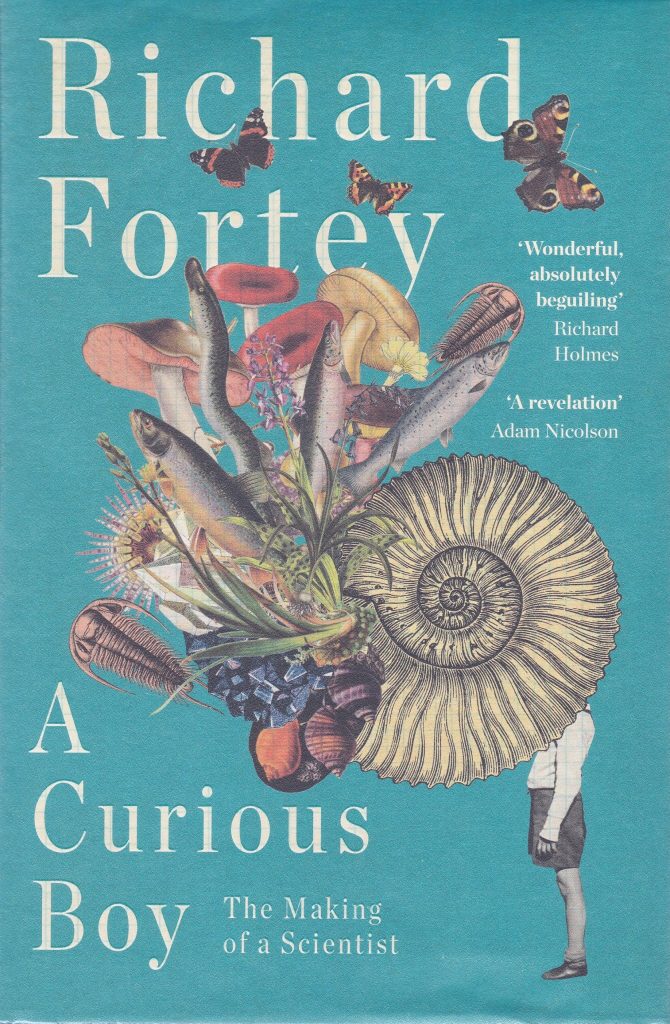 We all (should) know Richard Fortey FRS, President in the Geological Society’s Bicentenary Year (2007), distinguished palaeontologist, and writer.  And I am sure that Collins are banking that many more people do too, because nobody buys autobiographies of people they’ve never heard of, which is why so many celebrity chefs write them.  What sells such books is being known to ‘people who are interested in people’ (which is most people).

In 1976, on the 15th anniversary of his autobiographical poem of youth, Summoned by Bells, Sir John Betjeman told Radio Times: “People’s lives are interesting only up until they’re 21.  As soon as you get into the run of life you meet people you’ve heard of.  It’s one’s first humiliations and struggles that are very interesting.”  Fortey duly stops his own compelling and delightful memoir when the Natural History Museum, his career home, accepts him.  The ‘making of a scientist’ was done.  ‘People you’ve heard of’ start appearing.

Unsurprisingly, poets and writers excel at youthful memoirs.  The landscapes of youth possess a magic that no other landscapes ever can – except, perhaps, the imagined ones of deep time – the realm of the geologist.  Like them they are, inevitably, reconstructions at a distance.  Re-imaginings.  Data are missing.  But sensation is strong.

Each chapter in A Curious Boy takes an object as its springboard – a trout, a bird’s egg collection; chemical apparatus, his first ammonite specimen.  Fortey is interested to know what led him down his path (towards trilobites and away from poetry).  The headmaster of Ealing Grammar helped him choose by asking whether he was more interested in people or things.  Young Fortey’s life flashed before his eyes – chemistry, fossils, flowers, butterflies, fungi – “Things, Sir”.  And so it was settled.

But he is not just interested in things.  His portraits of his parents, especially of his father, who ran two fishing shops largely without the knowledge of the Inland Revenue, are vivid and moving.  Nor shall I forget the tragedy that deprived young Richard of his father and might well have deprived us all of geology’s most persuasive writer.

I hope that Fortey’s faithful readers do not themselves fall too far on the ‘things’ side. The book contains no shortage of objects, but how many readers of ‘popular science’ are actually only interested in the curator’s white gloves?  They would miss so much and so much.