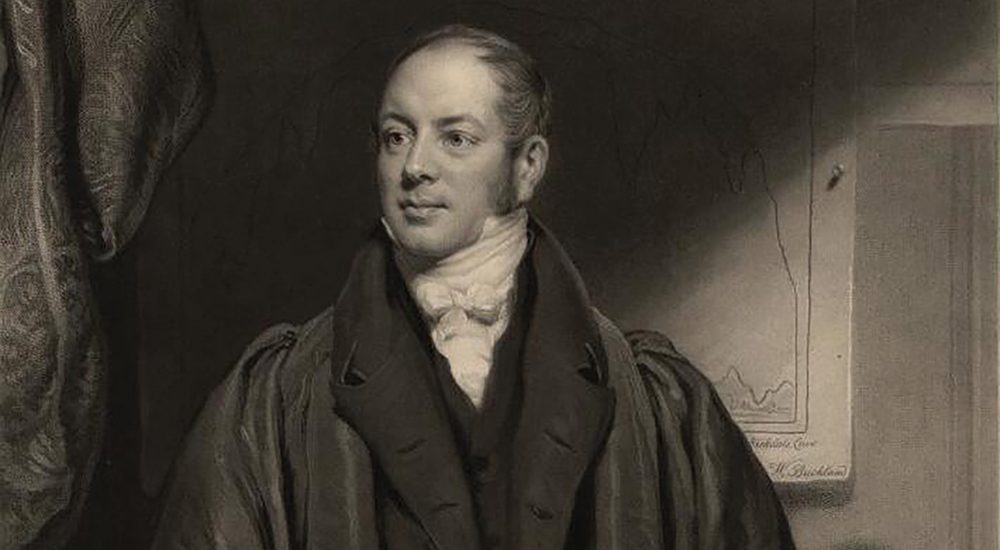 William Buckland [1784 – 1856], the first Reader in Geology at the University of Oxford, was notorious for his catholic tastes in the culinary department, as well as the ambition he shared with his eldest son, Frank [1826 – 1880], to eat his way through the animal kingdom.

Guests at Buckland’s table in Christ Church College, Oxford, recall many memorable meals. As the scientist, Liberal politician and, for a short time, Postmaster General, Baron Lyon Playfair [1818 – 1898] recounted to Buckland’s daughter and biographer, Elizabeth Oke Buckland Gordon [1837 – 1919], ”The hedgehog was a successful experiment, and both Liebig and I thought it good and tender.” But, not all dishes were so successful. Crocodile, Playford recalled, “was an utter failure”.

In England, roast meats are traditionally accompanied by carbohydrate-rich vegetables such as potatoes. But, to accompany these exotic meals, the Bucklands may have turned to something different, such as white rice, a grain that was becoming popular in the mid-19th century. Writing to Buckland on 19 June 1831, the widely travelled British naval officer, Basil Hall [1788 – 1844], son of the Scottish geologist Sir James Hall [1761 – 1832], provided Buckland with detailed instructions for its preparation:

“I forgot to mention to you [in discussing] the method of boiling rice, that after the water is poured off, it must on no account be stirred, but be allowed to steam in quiet.

“My cook is in the habit of pouring the whole mass, water[,] rice and all into a cullender, & allowing the water to run quite off, then returning the rice to the dry pot. I have no doubt that by a little patience, & close attention to the directions you will succeed in getting good rice…”

And adds this helpful hint:

“Recollect that it is far easier to boil Bengal Rice well, than it is to boil Carolina rice – so that you should practice [sic] your cook first in the Bengal & then promote her talents to a trial of the Carolina.”

Chemistry in the kitchen

Whether Buckland busied himself in the kitchen is not certain. But, his wife, Mary Buckland [née Morland, 1797 – 1857] certainly did. The chemist and physicist William Hyde Wollaston [1766 – 1828] – he of the Wollaston Medal, the highest award granted by the Geological Society of London – was one of the recipients of her efforts, and applied his chemistry skills to analyse her gift of some jelly.

Writing to Mary on 2 October 1828, Wollaston comments on the taste of her ‘amethystine produce’:

“If I answer as a Chemist I can surely reply that the colour appears to be vegetable. If you ask me as a Botanist, what vegetable, I reply… it is not very easy to guess which may give it… As a man of taste I should suspect the colour to be given by some kind of fruit & if I were to rely on taste alone I should say some kind of plum. As a cook – I suspect you would not get that colour without a good jelly bag.”

Mary’s jelly stirred into some perfectly cooked white rice must have made a delicious pudding and a splendid end
to an exotic meal.