Nina Morgan discovers the climatic legacy of a single-minded scientist 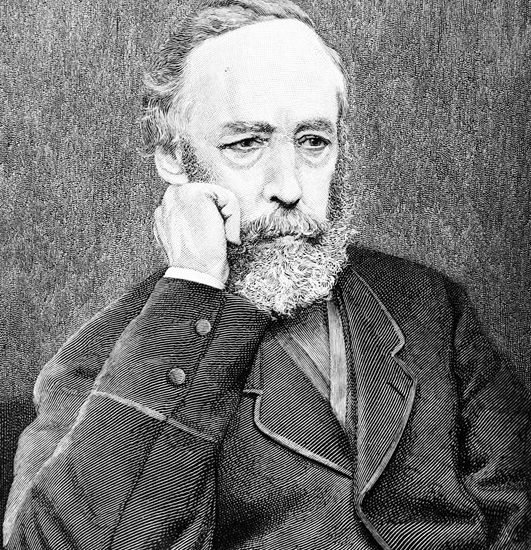 James Croll [1821–1890], a pioneer in palaeoclimatology, must be one of the few Geological Survey geologists to admit that he didn’t like geology. The son of a stonemason, Croll was born in 1821 near Little Whitefield in Perthshire.  Largely self-educated, and suffering from ill health throughout his life, he worked as a wheelwright, a tea merchant, manager of a temperance hotel, and an insurance agent. Then in 1859 he landed what he considered to be the ‘perfect job’—as a janitor at the Museum of the Andersonian University in Glasgow. 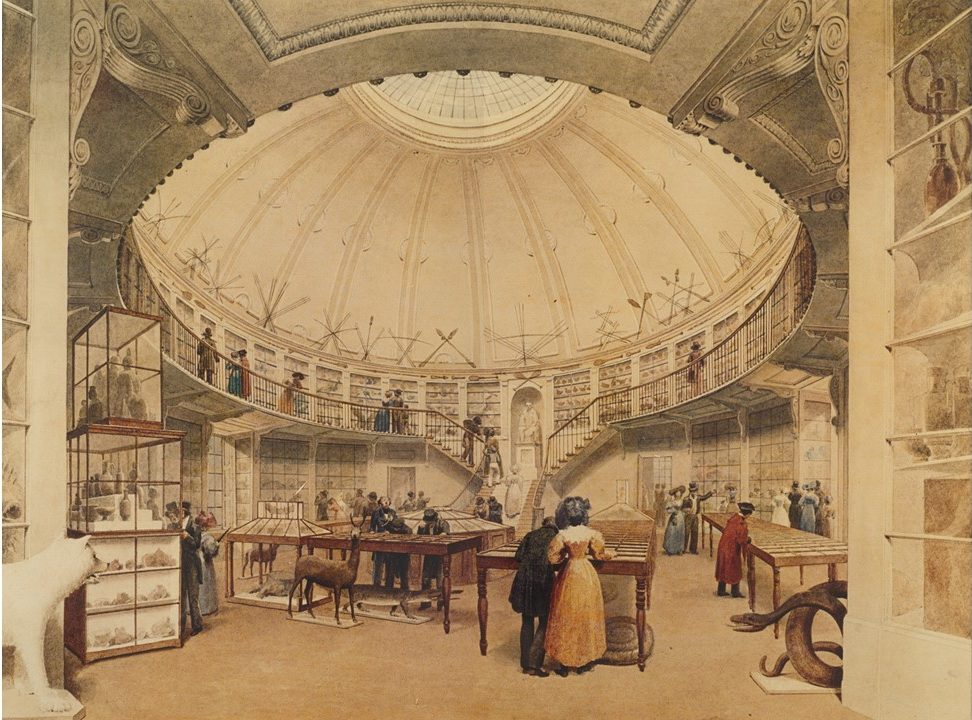 Interior of the Andersonian Museum by John Alexander Gilfillan (reproduced with permission from the University of Strathclyde, UK)

The job gave him access to the university library, and the opportunity ‘to study the sciences in something like a systematic form’ by teaching himself physics and astronomy.

Early on he ‘conceived a distaste for geology, as involving too much consideration of details and not giving due prominence to principles.’ Nevertheless, he became interested the causes of glaciation, and in 1864 began publishing a series of papers arguing that changes in the eccentricity of Earth’s orbit were a key factor behind the glacial epochs that occurred periodically throughout geological time.

Croll’s papers soon attracted the attention of scientists, including the mathematician Lord Kelvin [1824–1907] and geologists such as Andrew Ramsay [1814–1891], then head of the Geological Survey, and Archibald Geikie [1835–1924], director of the Survey’s Scottish branch, who offered Croll a job as a resident surveyor and clerk in the office at Edinburgh.  Croll wasn’t keen to accept the offer, but finally agreed after receiving assurances that he would be allowed the time and resources to carry on with own investigations.

But there was a hitch. To join the Survey, Croll needed to pass the civil service examination—and he failed the arithmetic and English papers. It was only after the intervention of Geikie and other eminent scientists that the “Lords of the Civil List …were induced, as Lord Kelvin has it, to accept Croll’s ‘great calculations regarding the eccentricity of the earth’s orbit and the precession of the equinoxes during the last ten million years as sufficient evidence of his arithmetical capacity, and his book on The Philosophy of Theism and numerous papers published in the scientific journals as proof of his ability to write good English’”.  Croll joined the Survey in 1867 and remained until ill health forced his retirement in 1881.

During his time at the Survey, Croll’s publications (many summarised in his 1875 book, Climate and Time) proliferated and awards mounted up. In 1872, he was awarded the Balance of the Proceeds of the Wollaston Donation Fund by the Geological Society of London and in 1876 was elected a Fellow of the Royal Society. By the time he died in 1890, his bibliography included 92 books and papers.

Nearly half a century later Milutin Milankovitch drew on Croll’s work to develop the concept of Milankovitch cycles to explain climate changes over geological time. Not a bad legacy for someone who failed an arithmetic test!

Nina Morgan is a geologist and science writer based near Oxford, UK

The inspiration for this vignette was the Royal Scottish Geographical Society online meeting: James Croll—from Janitor to Genius, which took place on 16 April 2021.