Being at the helm of any organisation during a global pandemic is a daunting challenge, but the Geological Society has achieved much in the past two years, says outgoing President Mike Daly 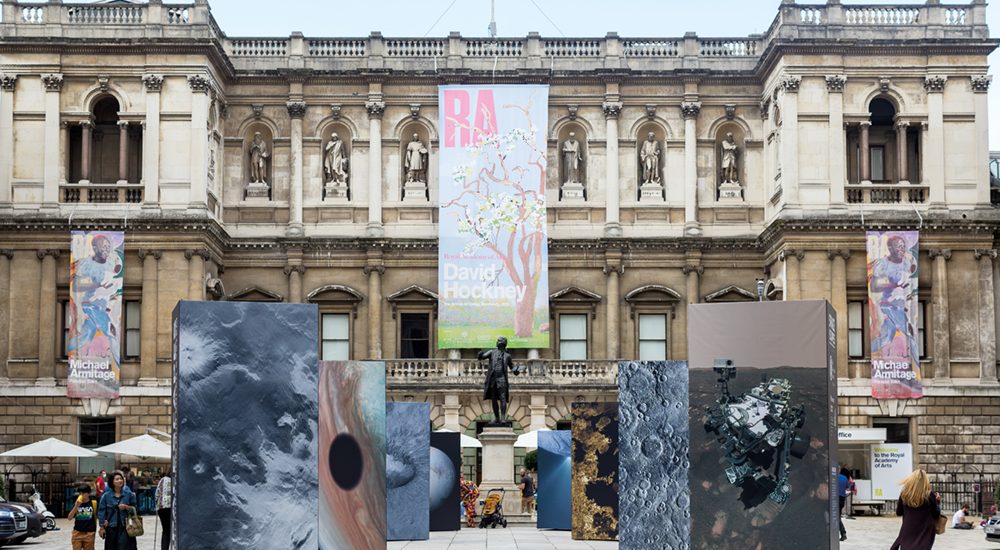 “Presidents are around for three years, and the two of those in the President’s seat can be very dangerous.”

Mike Daly, who ends his term as President of the Society in June, has certainly had more to contend with than most in his role. After a year as President Designate, Mike took over in June 2020 just as the first Covid-19 lockdown was drawing to a close, with no visible end to the pandemic in sight. On top of that, the Society’s long-term home at Burlington House continues to be under threat, despite the launch of a public campaign in early 2021.

“To be a focused and thriving Society will be an increasingly big challenge in the 21st century, particularly as the lease issue continues to be a distraction for the Executive leadership.”

Despite much of the Society’s work being carried out remotely during his two years at the helm, Mike has made his presence felt.

“I think the Society has changed hugely since I first became a Fellow in the late 1970s,” he says, “and arguably one of the largest periods of change has occurred over the past two to three years.”

The first and most obvious challenge for a Society during a pandemic is communication. As Ted Nield writes in this issue’s Viewpoint section, ‘society means company’. Fulfilling one of the Society’s key roles at a time when gathering in-person has been restricted, if not impossible, hasn’t been easy.

The challenge for the Society is to be dynamic and knowledgeable about what is going on externally, but also to be confident in its own agenda and values that its membership believes in

“The Covid pandemic and lockdown made it essential for the Society to instantly move to a virtual format,” Mike recalls – which posed significant issues.

“The IT and communications technology of the Society in Burlington House is not state-of-the-art communication technology. However, we did really well in using what we have.

“I’d recognise two highlights: The ‘Future of Geoscience’ event in June 2020 showed the Society the power and reach of the virtual medium. Then, in 2021, the three Energy Transition seminars showed the impact of bringing diverse and high-quality people together to address the very broad range of issues associated with this growing subject.”

Another major challenge, faced by all organisations during such a long period of remote working, has been staff engagement and retention. Citing “a small number of high-performing early to mid-career employees” as instrumental to the Society’s work during this period, Mike acknowledges that it has been a time of significant change.

“The employee attrition rate is growing,” he says, but adds, “people leaving to work for other prestigious organisations is a positive message about the value the Society adds to its employees.

“The 2021 employee survey results were very positive and a major improvement on earlier years. After the constraints and employee changes during the two Covid years, it seems this was a major vote for the direction the Society is now following.”

That direction has been guided by a strategic review that began during Mike’s time as President Designate.

“With the help of an international consultancy firm, we instigated a bottom-up review,” he says, in particular with science strategy and membership trends in mind. Since a peak of around 12,500 Fellows in 2017, membership numbers have declined, with a loss of around 8% between 2017 and 2019.

“Council took a decision to address this decline, and started a process to understand why members have not renewed.”

Various theories have been posited; in an article for Geoscientist in August 2020 (Geoscientist 30(5), 16-19), Mike wrote that, “the rapidly changing global context has raised questions about the relevance of the Society’s membership offering to the 21st century geoscientist”. Of particular concern, he says, “is the difficulty geosciences as a whole, and the Society in particular, has in reflecting the diversity of the UK community”.

It’s early days to judge whether efforts to address the decline are working, but, Mike says, “total numbers have since been broadly constant at around 11,500 from 2020 through 2022”. Membership categories have been restructured, and “we now have a strong membership renewal process run by an external organisation to support the internal membership team”.

“In addition, Council has decided to release funds from the ‘Fermor Endowment Fund’ and to create the ‘Geological Society Futures Fund’, which will be used to invest in our science programme and membership services. This initiative is a new and proactive direction for the Society and augurs well for the future.”

Remaining relevant
One outcome of the strategic review, Mike says, is that “to remain relevant to active members and young geoscientists, the Society needs to deepen its involvement in five growing strategic science themes”.

These themes – energy transition; geohazards, geoengineering & georesilience; climate & ecology; planetary science; and digital geoscience – featured in much of the Society’s activities during the past two years; not least in its outreach and education work, and the hugely successful Year of Space. Amongst a programme of online events and outreach initiatives, this included a major exhibition, Spacescapes: Postcards from our solar system, in the Burlington House Courtyard in 2021 that, despite lockdowns, attracted thousands of people. Meanwhile, in a Society first, the policy team secured Non-Governmental Organisation Observer status to attend the COP26 meeting in Glasgow – an opportunity to emphasise the important role of geoscience in the climate change conversation.

Another priority identified by the strategic review was the importance of being ‘dynamic and responsive’ with a ‘strong digital identity’. Communicating with members and other audiences online is key – but here, Mike has some reservations.

“The fertile world of social media has a habit of raising an issue to great importance and then moving on quickly. That speed can make societies like ours appear slow.

“The challenge for the Society is to be dynamic and knowledgeable about what is going on externally, but also to be confident in its own agenda and values that its membership believes in. This takes open discussion and a respect for different views and constant change, but not unthought-out reaction.”

The future
With lockdowns (hopefully) in our past and restrictions lifting, Fellows and staff must be eagerly looking ahead to the return of in-person events and collaboration, and the opportunity to apply more of the lessons learned from the strategic review. What advice would Mike offer to his successor?

“I’d be wary of offering advice, but the experience of the past few years has taught me a number of things. What the Society doesn’t need is another opinion starting lots of initiatives and telling it how to operate. What the Society needs is support and independent insight into their problems, like the future of our science and its community, and support in delivering for those.”

His thoughts on how this can be achieved suggest face-to-face communication and a return to in-person meetings are more important than ever.

“Our council is diverse, and strong and advocative views often drown the quieter and reflective views. The President needs to ensure both are aired and heard. That often means finding the latter away from the Council table, to be fully aware of the breadth of what Council, as a whole, is thinking and what that offers.

“I think the major challenge is to keep the Earth sciences front and centre, and to continue to develop an inclusive and diverse community.”