The Museum Building of Trinity College Dublin: A Model of Victorian Craftsmanship 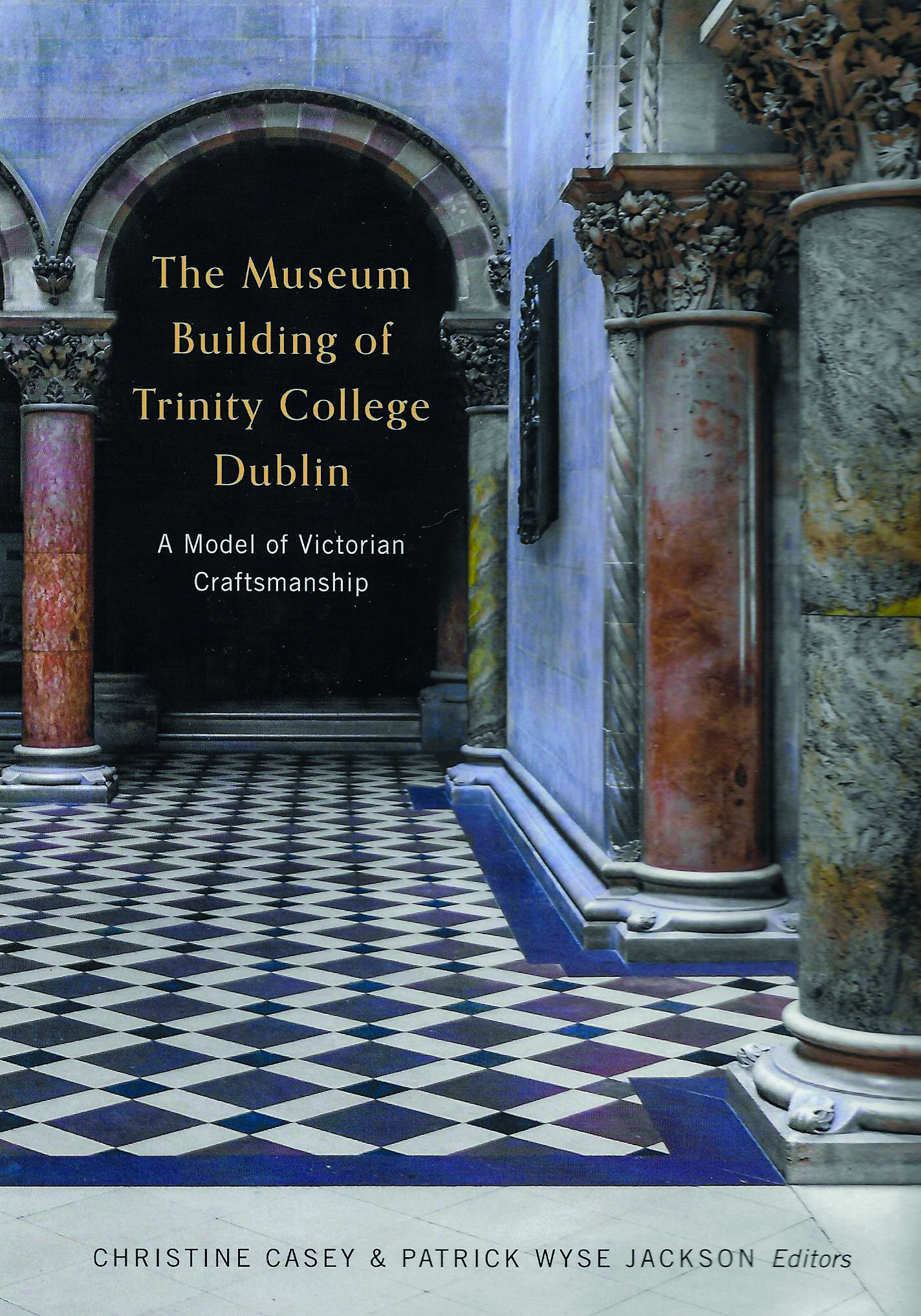 This book presents a series of essays exploring the most influential Victorian building in the city of Dublin. In the 1850s, the Museum Building of Trinity College was built to showcase the potential of Irish stone at the start of a golden age of Ireland’s decorative stone industry.

Those familiar with the building will know it is an Irish geology lesson in itself. The experience that a visitor would have translates into the book very well. Colour photos capture the sumptuous polychromy and present the detail of the carved ornament of the building, while descriptions make for a fascinating geological tour.

The book explores the sources of the stone and the pivotal role the museum played. The story of the development of Ireland’s stone industry is a well-researched highlight. This looks at the extraction and marketing of Ireland’s coloured limestones and serpentinites. Interesting research is presented on the evolution of granite quarrying techniques, transport and roads, which led to the migration of the Wicklow quarrying communities. And, of course, no story of Irish stone is complete without the Kilkenny Marble. The challenges in transporting the stone and how it compared with native and continental competitors in the Victorian period is fascinating.

We meet the builder and carvers responsible for the construction of the Museum Building in later chapters. The theme of Ireland’s natural resources follows through into the depiction of native Irish plants and animals in the building’s remarkable carvings. The final section looks at the current conservation of the building by considering the weathering of the exterior and recent cleaning techniques.

This is an entertaining book, representing an inspired and thorough research project. The crucial relationship between architecture and geology is made clear throughout. This is much more than a book about a building and will appeal to any geologist with an interest in Ireland’s geology and architecture.