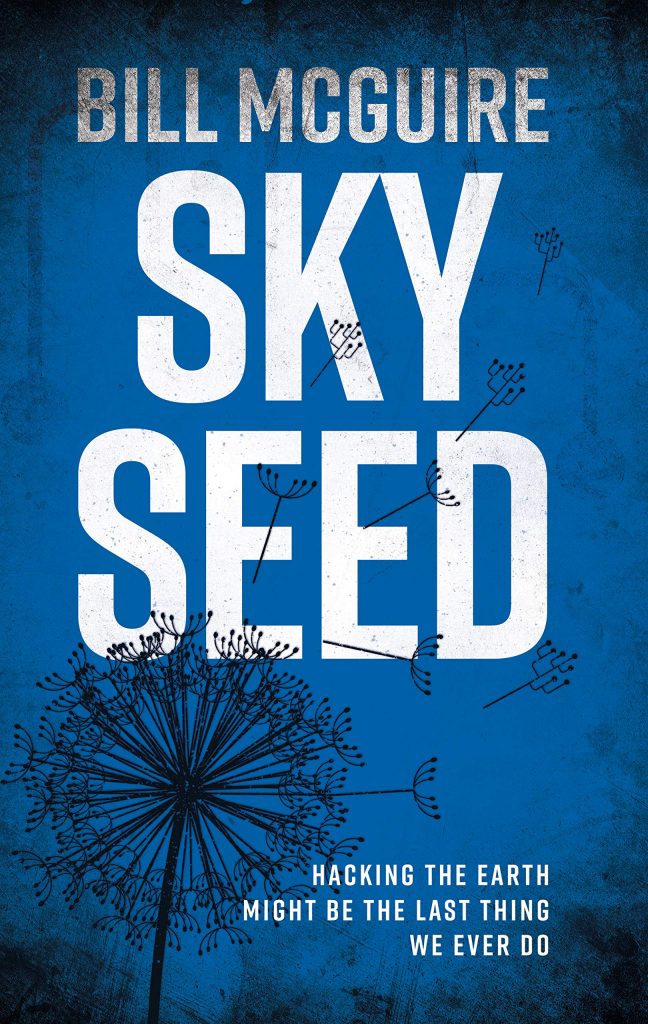 How to review a novel without giving away the entire plot? I shall opt for providing the baseline scenario from which the plot develops, hoping to entice others to read this fascinating and exciting book, in which both the science and the personal lives of the central characters are intertwined believably.

In this work of fiction, which I hope does not prove prescient, ‘climate change’ has morphed into ‘climate breakdown’ as atmospheric carbon dioxide levels have risen to over 500 parts per million. Large swaths of the western USA, which remains the world’s dominant force, are now suffering drought. What can be done about it? What scenario will allow the world to continue using capitalism as business as usual?

The three protagonists, one in the military and two in academia, discover that a few governments have together secretly seeded the atmosphere with nanobots that, capable of disassociating the carbon from CO2 and accumulating it in pellet form, are also capable of replication. It is literally raining carbon. All seems to be going well until a volcanic eruption in Guatemala throws into the stratosphere all the raw materials the nanobots need to replicate at an unanticipated rate. Global temperatures begin to fall precipitously, such that winter snowfall at temperate latitudes no longer fully melts in the summer. Some communities become cut off, inducing a climatically driven mass migration. What can be done about this? As the book unfolds, we learn that, when you are in a hole, sometimes it is best to stop digging.

Bill McGuire, one of Britain’s leading volcanologists, is a Professor Emeritus of Climate Hazards at University College, London. This is his first full-length fiction book. In it, Bill addresses what may happen if humanity does not adequately address what is currently called ‘climate change’. As climate change leads to breakdown, Bill’s politicians panic and are wooed by dangerous and untested geo-engineering interferences. They do so in the hopes of reducing greenhouse-gas concentrations in the atmosphere, with such actions as carbon sequestration and alternative technologies no longer being adequate. The plot develops at a cracking pace, assassinations abounding.

Bill’s book acts as a clarion call to immediately reduce carbon emissions in every aspect of our lives, whether it be transport, agriculture, industrial production, waste disposal or how we heat our homes. His story does not seem far-fetched, if we consider the consequences of failing to address climate change with immediacy.